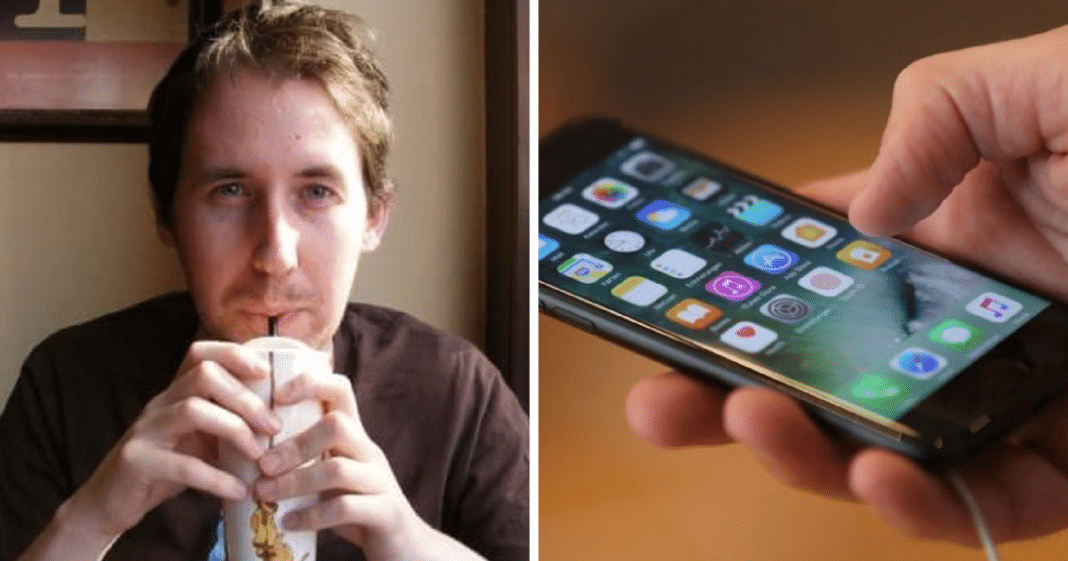 Imagine being a young man who has lost his father to lung cancer. Six years go by, and then suddenly you see a text message on your phone. The text is from your father’s phone, and you are taken aback and a bit shocked.

That’s what happened to Stephen, a 37-year-old man from Worcester, England.

Stephen shared screenshots of the text message from his father’s phone on May 5th.

The simple message: “Test.” (see the screenshot below) 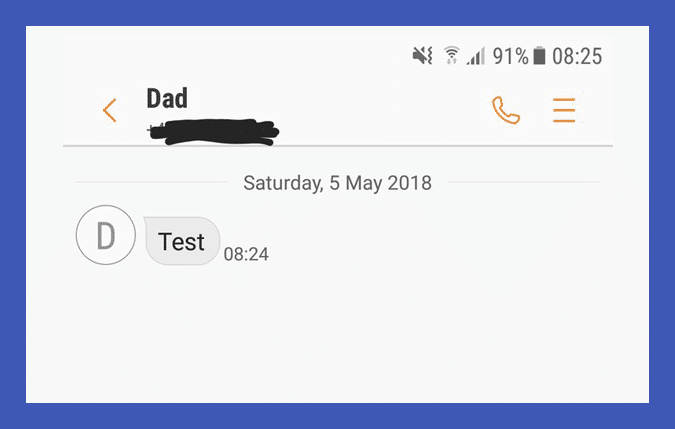 The text message Stephen got from his Dad’s phone.

After feeling puzzled, Stephen guessed it was probably his mother. It turns out, his instincts were correct. He received a second text, and made a couple of valid points in response. 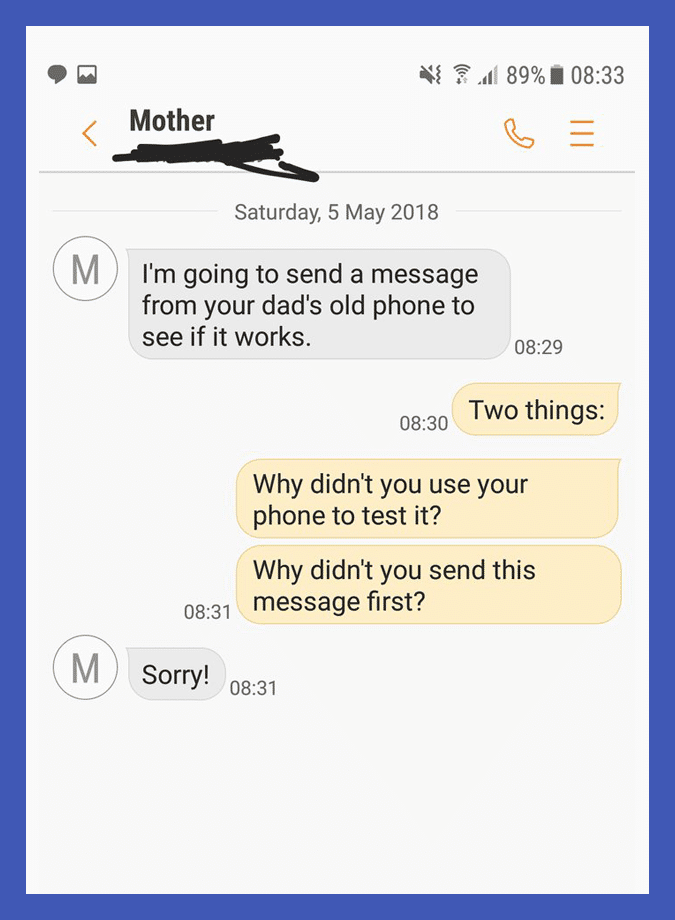 A text from Mom explains it all.

The Tweet went viral, with 24K likes and 3.2K shares so far:

Fyi – my dad died about 6 years ago pic.twitter.com/HSXBdVdVhj

Stephen shared what he thought about the text message with UNILAD:

“I got the text earlier Saturday morning. I was a little startled by it at first but had a feeling it had probably been sent by my mum.

I was startled for a few seconds but I don’t believe in ghosts and the afterlife so I knew it wasn’t him. I felt sad because I miss him. A day doesn’t go by when I don’t stop and think about him for a bit.

It was initially shocking to receive a text from my dead father. Mainly because he is dead so that is impossible but also because when he was alive I doubt he would know how to send a text message.

People’s response on Twitter has been lovely and heartbreaking at the same time. Seems a few people have had a similar experience.”

As Stephen noted, many others shared similar experiences of getting messages, seemingly from the other side.

Another person shared a story about their child trying to reach a long-departed loved one.

See some of them below: 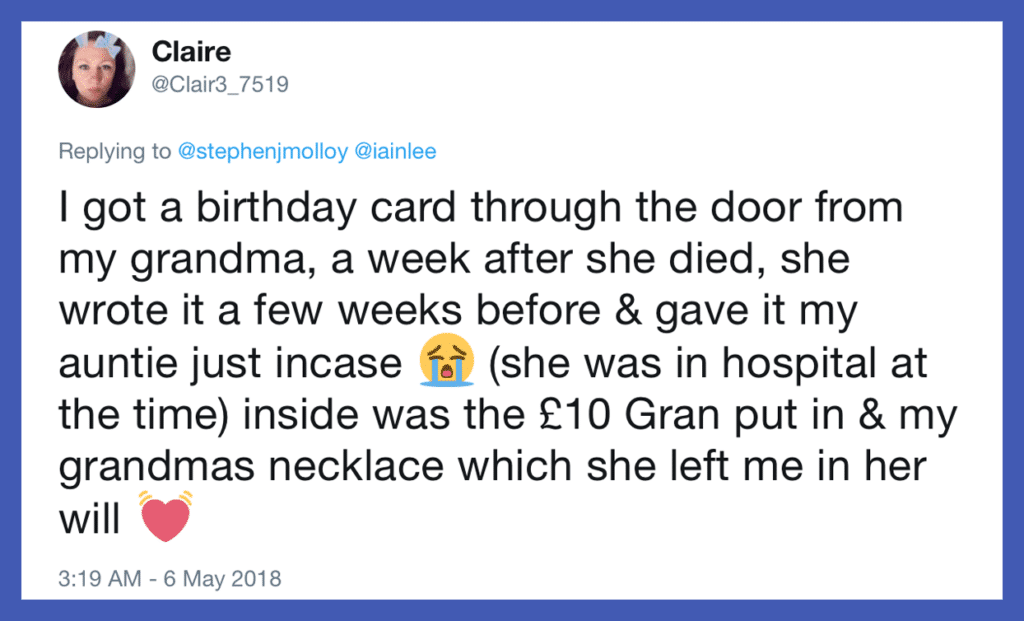 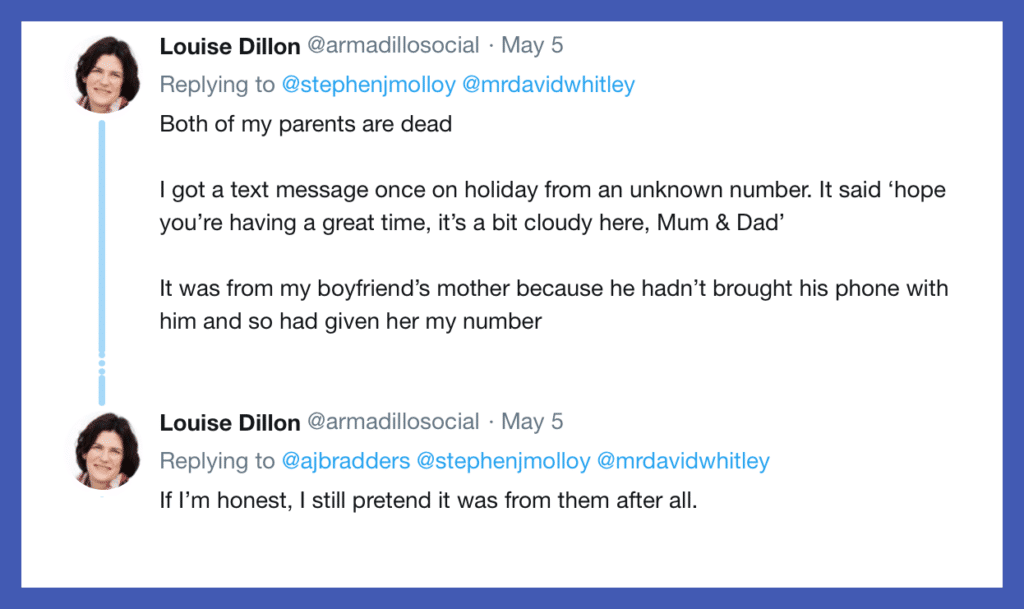 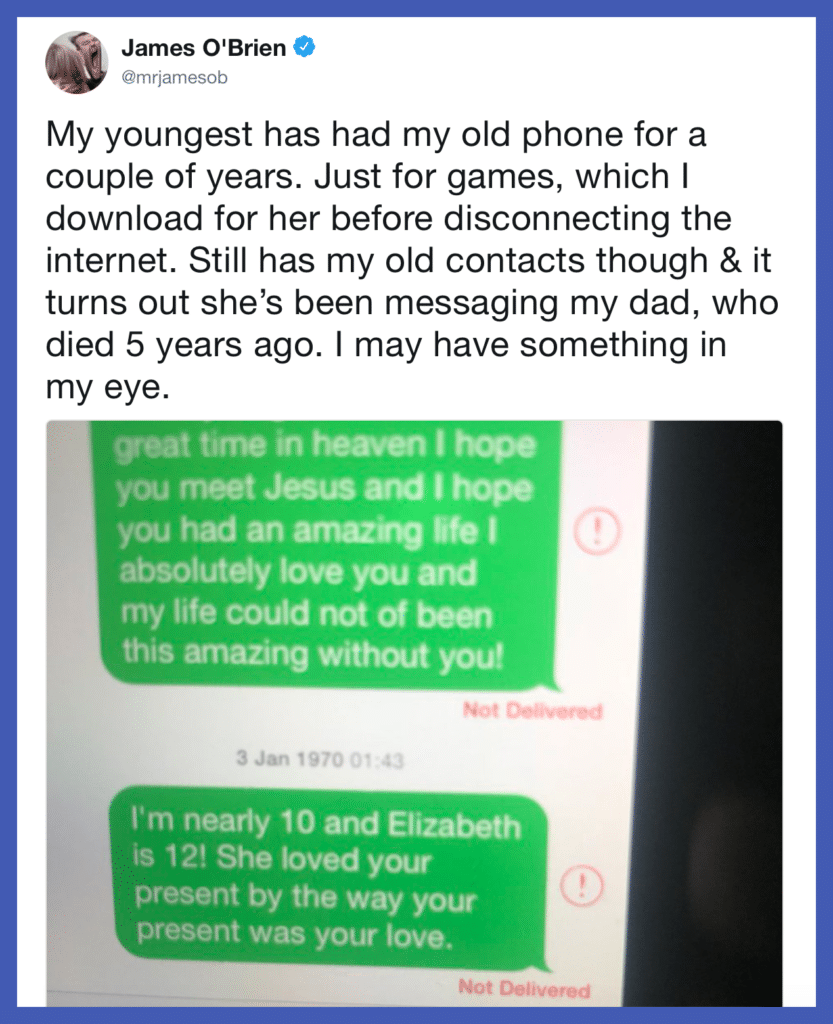 One person shared audio he found on his answering machine.

I came home to find this on my answering machine about a year and a half after my mum died. My name is Douglas. It was a wrong number. pic.twitter.com/EqdAiAkS6k

Stephen learned that many people have had experiences similar to his own. Maybe you have as well? If so, be sure to tell us your story in the comments on Facebook!