Son Snatched From Crib As Baby. 31 Yrs Later, Mom Leaves Message From Beyond The Grave 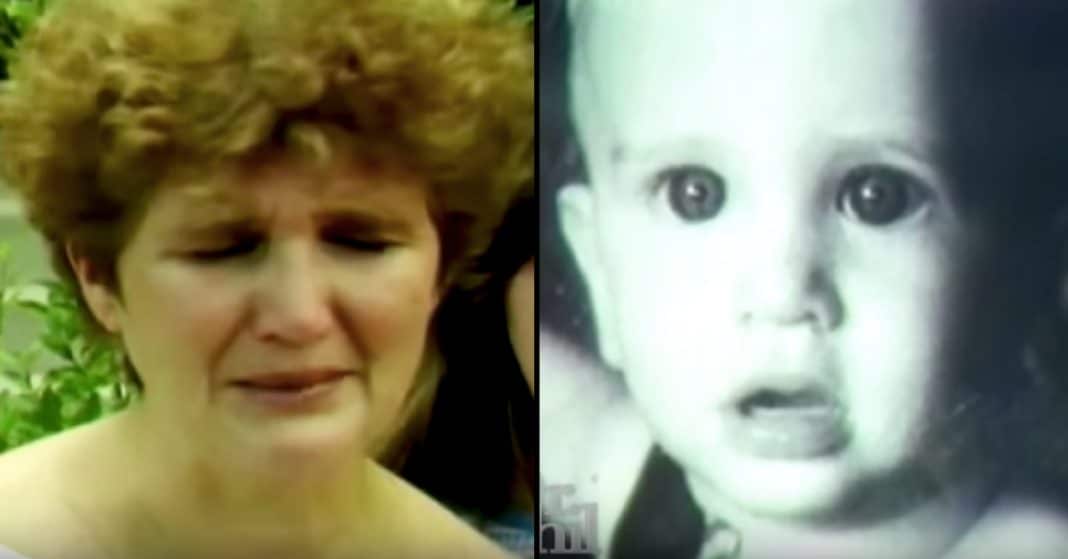 There are fewer bonds stronger than those between parent and child. Mothers feel their babies develop in the womb – they kick and flip and hiccup and yawn. Immediately after birth, skin-to-skin contact is encouraged to assist in getting the newborn to nurse.

For several months after birth, the baby relies on its mother for feeding, changing, cuddling, and love. When that bond is broken, it’s felt by both; but it’s the mother who won’t forget this child.

In 1986, seven-month-old Christopher Aveyda was kidnapped from his family’s Colorado home. Someone brazenly snatched him from his crib at the foot of his parents’ bed.

Until her death in February of this year, Christopher’s mother Bernice never stopped searching for her son. Detectives followed up on over 180 leads, but never found the young boy. Lieutenant Howard Black of the Colorado Springs Police department revealed there is a person of interest, but he refused to disclose their name.

Before gallbladder cancer ended her life, Bernice tirelessly campaigned to find her son who would now be 31 years old. Her family has continued the search for Christopher on her behalf.

Though she didn’t live to be reunited with her son, Bernice recorded a message for Christopher to view when he is hopefully eventually located. This message is from a loving mother to her child. It tugs at the heart because there’s so much love in her words for a baby who is now a man and, sadly, a total stranger.

“Christopher, I want to tell you if I’m not here you couldn’t even imagine how much your whole family has loved you and missed you,” says Bernice in the video recording. “We were determined to get you back, and that’s what we’ve worked on for all these years. I don’t think there’s anything else we could have done. Whatever your choices have been in life, I just want you to be happy.”

Don’t most parents wish utter joy for their children? Wherever Christopher is, like his family, we too, want him happy. Hopefully, the Aveyda family will find him so the hole in their hearts can be filled.

Were you touched by this mother’s poignant words for her son? So share this!