Boy Age 9 Would Disappear Every Day, Then Curious Dad Follows Him & Learns Heartbreaking Reason Why 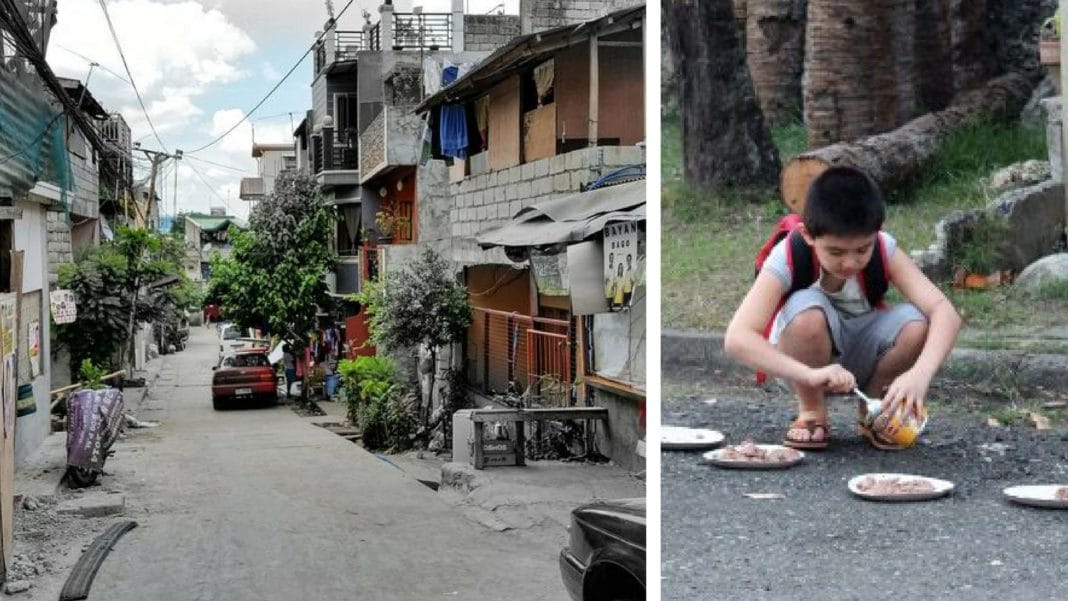 I’m sure one of the things that make parents most proud of their children is seeing them exercising kindness, compassion, and generosity to another living thing. When kids are introduced to these qualities at a young age, their ability to apply these attributes in their own lives starts a lot quicker.

A story posted by Top Buzz demonstrates this beautifully. A 9-year-old boy from a rural town in the Philippines would go on walks every day, without giving much of an explanation to his father. Of course, the father trusted him, but one day he found himself just a little curious to know exactly what his son was doing on these daily walks.

Without giving his son a heads up, he decided to follow him and get a peek at what was going on. What he saw absolutely melted his heart, but also filled him with grief!

Apparently, his little boy was feeding and tending to stray and injured dogs! 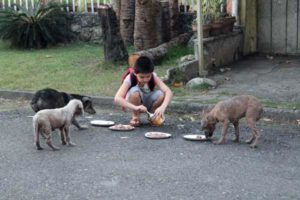 The group of dogs surrounding his son were all starving and infected with mange. Over the course of their time on the streets, they had grown afraid of human beings, but one, in particular, took well to the little boy. 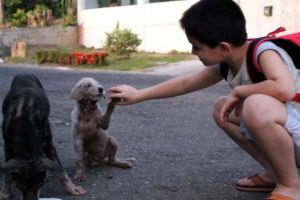 After seeing this, the father worked alongside his son to help feed the dogs. As a result of the dogs’ sickness and infections, the father and son did have to take very necessary steps in disinfecting themselves once they were done interacting with the animals.

The two have decided to take on treating these dogs of mange for themselves, knowing that there is no one else around who would be willing to do so. Together they’ve named the dogs Brownie, Blackie, and The White Puppy.

Blackie appears to the be the mother of the two puppies. 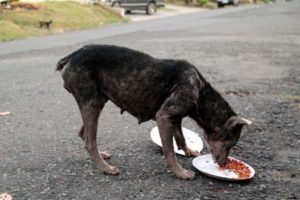 Despite her failing health, she has managed to stay by her pups’ side – as any good mother would do.

This boy has proven that no one is ever too young to make a difference! The people around him have done such a good job with instilling compassion and initiative in him, and kudos to this dad for encouraging and assisting his son’s big heart for life.

I hope everything continues to go well for this family and the dogs that they are so generously nursing back to health. 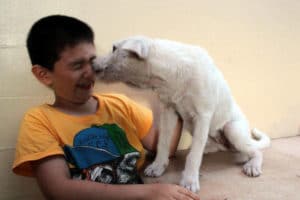