Son Borrows Mom’s Camera On Flight. When She Looks At Pics Later Sees Something That Makes Her Gasp 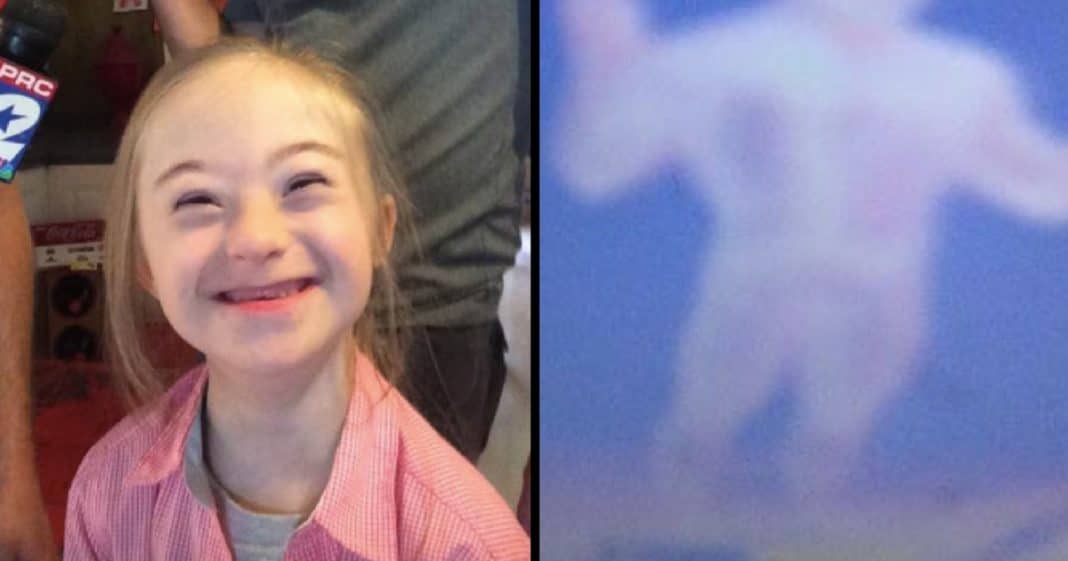 There are some things people call miracles that end up being pretty explainable, but then there are those instances where it is difficult to come up with any explanation other than a miracle. That’s the kind of thing Kerri Liles and her 7-year-old son, AAsher, experienced on a recent flight from Washington to Houston.

AAsher was born with Down syndrome and is non-verbal. His parents decided to add an extra “A” to the beginning of his name to represent the extra chromosome he was born with.

Kerri is a professional photographer and AAsher has picked up a fascination with photography from watching her. Recently he has become obsessed with taking pictures with his parents’ cell phones.

That’s why it didn’t seem so unusual to Kerri when AAsher wanted to borrow her phone during their flight. She was actually glad he had the distraction as there was a lot of turbulence at takeoff – he didn’t seem to notice as he pointed the camera out the window.

After he had taken a few dozen photos, Kerri took her phone back. She forgot all about the pictures until she was going through her camera roll later deleting pictures to make some space on her phone.

That’s when she noticed something that left her stunned.

In the middle of all the pictures of clouds and wings there was an image that looked just like the shape of a man.

Kerri knew in her heart right away what it was: AAsher had captured an image of his guardian angel.

“AAsher has always had something,” she said. “Whether it’s his guardian angel, whether it’s someone watching him. I guess we’ll never really know exactly what it is.”

While some people think Kerri is reading too much into the image, she has no doubt in her mind that AAsher caught something special that day.

No matter what, though, one thing is for sure – someone is watching out for this special young man!

Do you think angels watch over us? So share this!