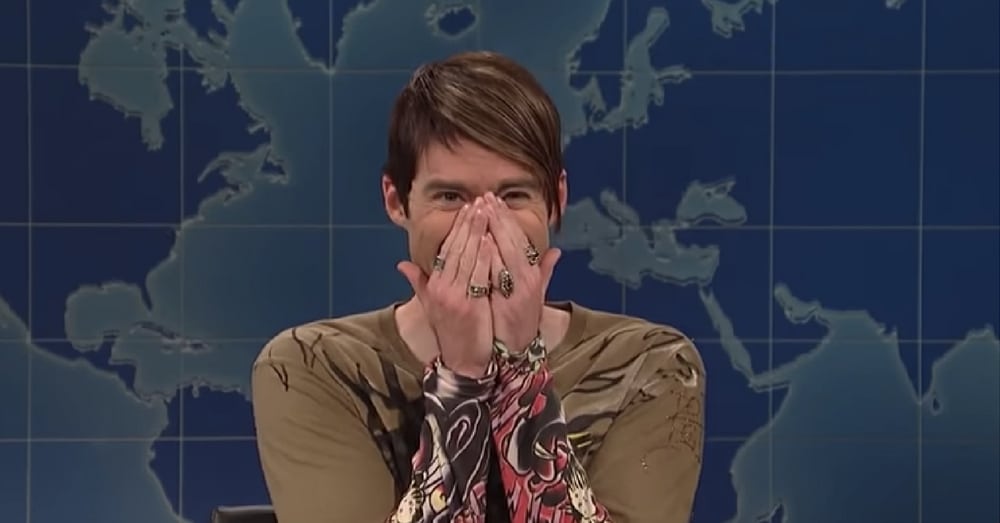 Over the years SNL has turned out some memorable skits that keep us laughing to this day. But I must admit, while I do think many of the actual skits are funny, there’s nothing that tickles my funny bone quite like watching the cast members break into laughter on camera. Yes, these are professional actors, but when you’re doing a show live – a comedy show, no less – sooner or later one of the jokes is going to get you!

One of the most famous SNL “breakers” is Bill Hader, specifically when he played the character of Stefon, a New York tour guide who had some…interesting tastes in what he thought were the best things to do in New York City. In fact, Hader had such a hard time getting through his sketches without laughing that it became part of his character, and it became a sort of challenge for writer John Mulaney to see if he could get Hader to break.

Well, some brilliant human put together a compilation of some of the funniest character breaks on SNL over the years. Some are more recent while others go back quite a few years, but one thing’s for sure – they’ll all get you giggling! Enjoy!

If you liked this compilation, you’ll love part 2!

Did you find this as funny as we did? So share this!