Soldier Stands Outside Barracks Ready To End It All, Then Hears Sound That Changes Life Forever 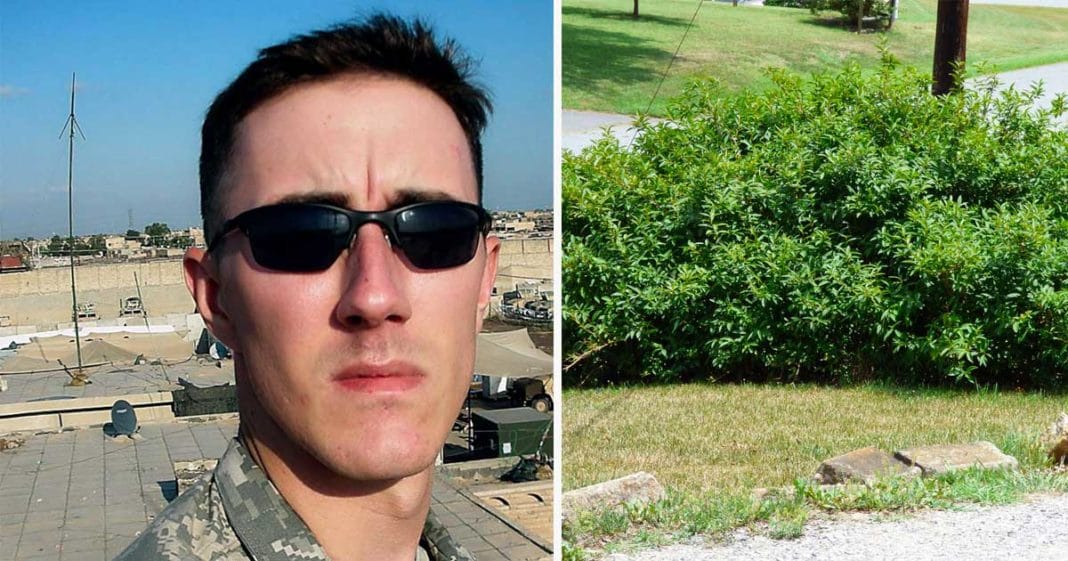 Army Sgt. Josh Marino is just one of many who received permanent scars from their service in the military. The sacrifices these folks give can leave them with emotional and physical wounds so great, they consider suicide instead of seeking help. Josh suffered a brain injury during his time in Iraq; he experienced post-traumatic stress disorder.

His mental anguish was so severe; he planned to take his own life. “I did not want to deal with it anymore,” Marino said. “I took out one of my knives … I wrote a letter on my computer and went outside to smoke one last cigarette.”

Standing outside the barracks at Fort Riley in Kansas, Josh heard a sound that would be life-changing. A tiny black and white kitten emerged from the bushes. “He just walked up and started rubbing up against my leg and let me pet him, I broke down crying, burst into tears,” he says in his short film Josh & Scout, a Mutual Rescue. “Maybe he knew there was something I couldn’t quite handle.” 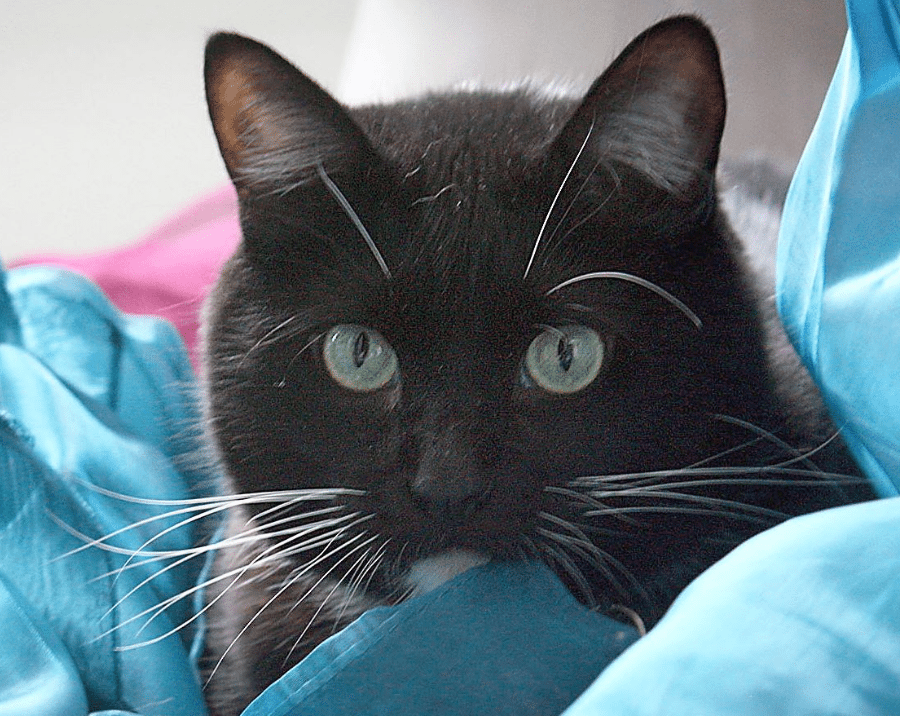 Scout showed the vet he could care for someone and that someone could care for him. Josh and Scout bonded over the next few days as Josh fed him. One day, the kitty disappeared, leaving Josh slightly heartbroken.

Josh started dating a girl. They decided to head to a shelter to adopt a cat during an adoption event. Because of Scout’s influence on his wellbeing, Josh wanted to extend his love to another animal in need.

While at the event, something so awesome took place. “All of a sudden a little black and white paw shoots out from a crate and starts smacking me in my left arm,” he says of spotting Scout at the shelter. “I opened up that cage, and I pulled him out, and I held him tight.” 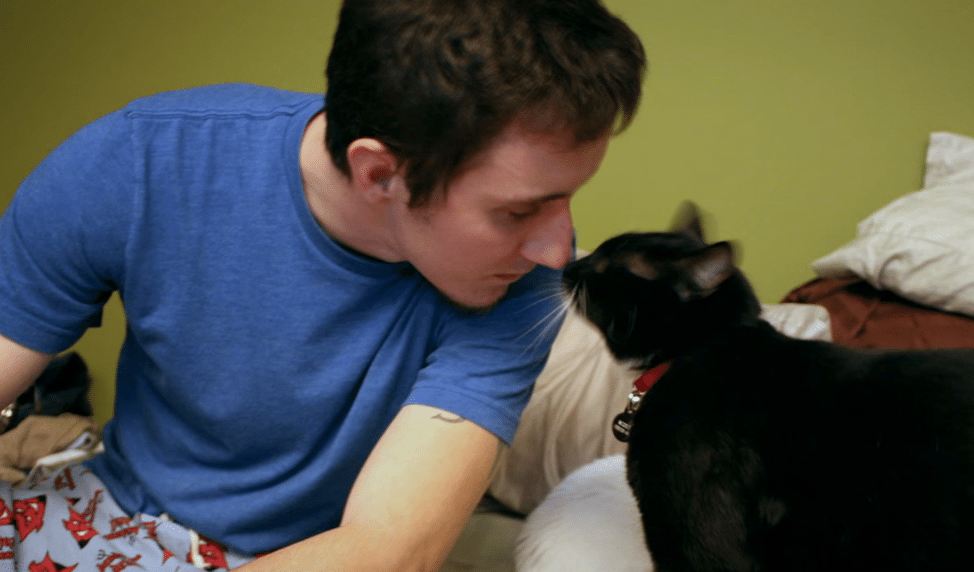 Right then, Scout had a forever home. Thanks to this super cat, Josh has started taking better care of himself. He’s eating right, exercising. He even quit smoking.

With Scout and his girlfriend in his life, things started looking up for Josh. He was medically discharged from the army. He married his girlfriend and earned a master’s degree in clinical rehabilitation and mental health counseling. He got a position with the Department of Veteran Affairs counseling disabled vets.

Josh tells his scout story. “In my opinion, real men like cats,” he said.

Watch the short video he made below to see what an incredible difference one tiny kitty made in his life and in the lives of others.