Soldier Seen Crying At West Point Graduation. When I Heard Reason Why, I Was Crying Too 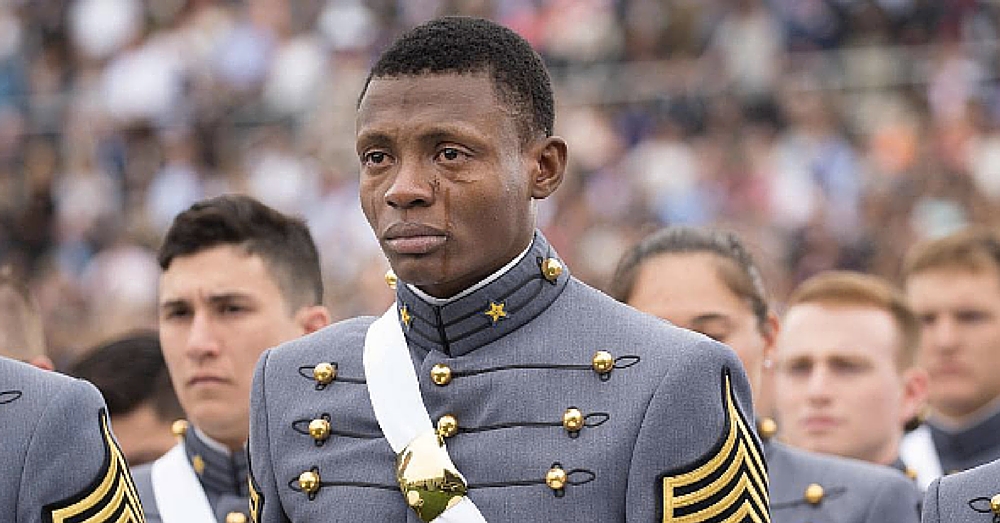 A photo taken at the graduation for the U.S. Military Academy at West Point showing graduate Alix Idrache with tears streaming down his face has gone viral this week for its poignancy, but the story behind the picture is even better.

No greater feeling than that of accomplishment! #DutyHonorCountry (@usarmy photo by: Staff Sgt. Vito T. Bryant)

Idrache grew up in Haiti, and his childhood was not an easy one. He told Independent Journal Review that when he was growing up Haiti had to be “demilitarized because the army was committing atrocities and it was corrupt.” However, there was often a U.S. military presence there and he said he was always infatuated by the soldiers.

When it came time to decide on a school, he was intrigued by the promise of a free education that the military provided. However, more than just a path to education, the military provided “an opportunity to fight for a powerful idea,” which he found to be a very noble calling. “Knowing that there are millions of men and women who are willing to give their most precious gift because they swear to protect and defend an idea, is very appealing to me,” he said.

Idrache has been “humbled and shocked” by the attention his photo has received and took to Instagram to explain why he was so overcome by emotion at the ceremony.

“I want to thank everyone for your kind and thoughtful comments on this picture. SSG Bryant captured a moment that I will never forget. At this moment, I was overwhelmed with emotions.

Three things came to mind and led to those tears. The first is where I started. I am from Haiti and never did I imagine that such honor would be one day bestowed on me.

The second is where I am. Men and women who have preserved the very essence of the human condition stood in that position and took the same oath. Men who preserved the Union in a dark period of this country’s history. Men who scaled the face of adversity and liberated Europe from fascism and nazism. Women like CPT Griest, LT Haver, MAJ Jaster who rewrote the narrative and challenged the status quo to prove themselves worthy of being called Rangers.

The third is my future. Shortly after leave, I will report to FT. Rucker to start flight school. Knowing that one day I will be a pilot is humbling beyond words. I could not help but be flooded with emotions knowing that I will be leading these men and women who are willing to give their all to preserve what we value as the American way of life.

To me, that is the greatest honor. Once again, thank you.”

Were you touched by the passion and emotion displayed in this poignant photograph? So share this!