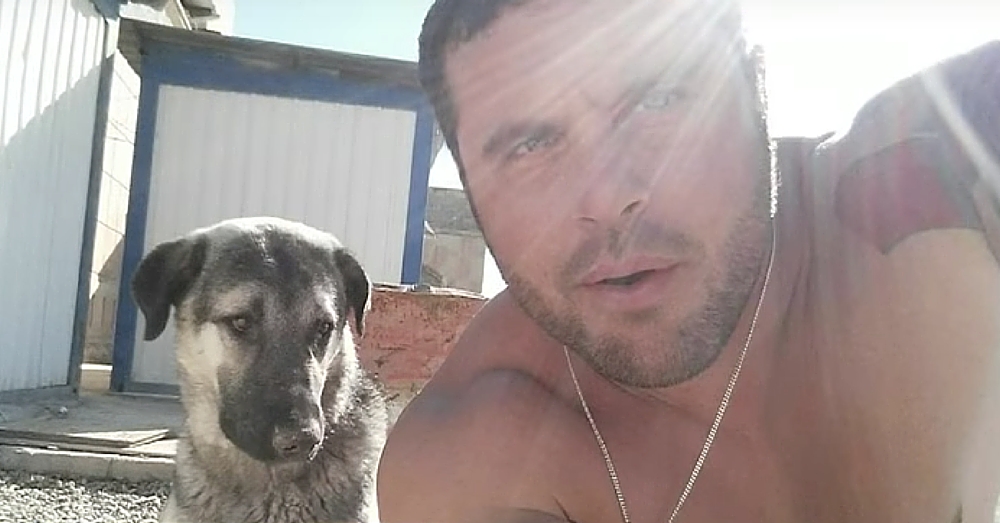 Ollie, a stray puppy who wandered onto an army base in Iraq, quickly won the hearts of all the soldiers at the camp. They adopted him as their own and he served as a kind of morale booster for the soldiers who were far from home.

One soldier in particular, former Army Specialist Ken Wyrsch, formed a special bond with the stray pup. The pair spent every moment together they could, and if Wyrsch had to go out, Ollie was always waiting for him when he got back. “He was there when we left on our missions, he was there when we got back,” Wyrsch said.

When Wyrsch heard the camp was shutting down and their unit was being disbanded, he was heartbroken that he would have to leave Ollie behind. Animals in Iraq are often treated harshly, even cruelly, and he knew Ollie wouldn’t survive.

When he got back to the States, Wyrsch contacted SPCA International to see if they could help him bring Ollie to California, where he was living. One month later, Wyrsch was at the airport picking up his very special friend.

Wyrsch said bringing Ollie back was expensive, but worth every penny. “You don’t leave a friend behind,” he said. “Can’t do it.”

Watch their sweet reunion by clicking on the video below.

Were you happy to see these two friends reunited? So share this!