Soldier Hears Girl With Down Syndrome Doesn’t Have Date To Prom. What He Does Next Left Me Floored 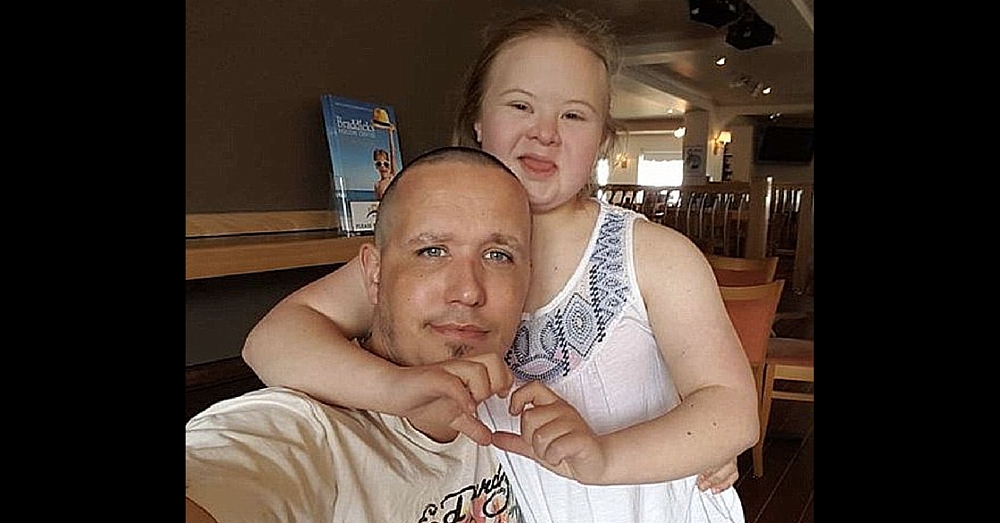 When Andrew Duffy, a former soldier in The King’s Own Scottish Borderers infantry regiment, found out that his friend’s step-daughter, Emily Wheeler, who has Down’s syndrome, didn’t have a date to prom, he knew he had to do something.

Andrew and Emily first met when Emily’s mother married one of Andrew’s longtime friends. Andrew was inspired by her determination to live as independently as possible and knew what a special person she was.

When he heard that the 18-year-old didn’t have a date for her college prom, he couldn’t believe it.

“When I heard she had no one to take her to prom I was really upset for her,” he said, “who wouldn’t want to take her?”

That’s when Andrew decided that he would go with her.

Andrew traveled 459 miles from Berwick, England, to Devon, where Emily lives, and presented her with a bunch of pink roses before asking her to be his date. He then accompanied the glowing teen to her Grease-themed prom at mainstream Petroc College.

To add to the joy of the special evening, Emily was even voted prom queen by the staff from JBlock, the college’s supported learning section.

Soldier Crossed The Country To Take Teen With Down Syndrome To Prom, Since She Didn’t Have A Date.https://t.co/SKWvalwLip

Andrew said he suffers from PTSD from his time in the military and spending time with Emily has helped him deal with his anxiety, panic attacks, and night terrors.

“I don’t think I’d be here today if it wasn’t for her,” he said. “I can honestly say that girl saved my life. When I spend time with her she just absorbs every bit of negativity, it is really quite amazing.”

He added that he thinks the “way forward is for PTSD sufferers to spend time working with people with special needs.”

“When you suffer a debilitating illness you become withdrawn from society, but being around people like Emily makes you understand there is life outside your own problems,” he said.

Were you touched by what this former soldier did for this girl? So share this!