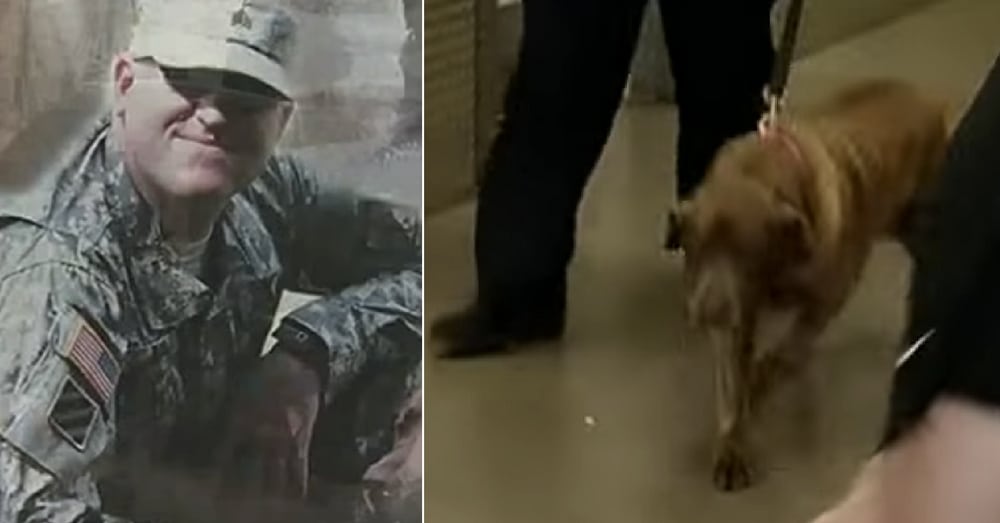 The military tells soldiers not to get attached to the dogs they work with while they’re deployed, but after spending so much time working together – and saving each other’s lives – that’s pretty difficult to do.

Army Sergeant Jason Bos knows this firsthand. He spent five years working with his K9 partner CiCi on 100 missions in Iraq. Together they worked with the secret service and went on missions to detect roadside bombs.

After a back injury in 2012, Sgt. Bos retired from the military and went back to the States, but he was heartbroken to leave CiCi behind. He didn’t know if he would ever see his friend again.

A little more than a year later, though, Sgt. Bos learned that CiCi had also been retired. Hopeful, he used some of his connections and, with the help of the American Humane Association and Mission K9 Rescue, he was able to bring CiCi home.

The moment the two finally saw each other again is one neither one will ever forget. Even though they had been apart for quite some time, the moment CiCi heard Sgt. Bos’ voice she knew she was home!

Now that CiCi is home with Sgt. Bos the two plan to spend some time relaxing. After the work they’ve done for their country they definitely deserve it!

Sgt. Bos also said he would like to work with other veterans and help them deal with the struggles that come post-deployment.

We’re sure whatever he does, CiCi will be happy to be right by his side!

Were you happy to see these heroic friends finally reunited? So share this!