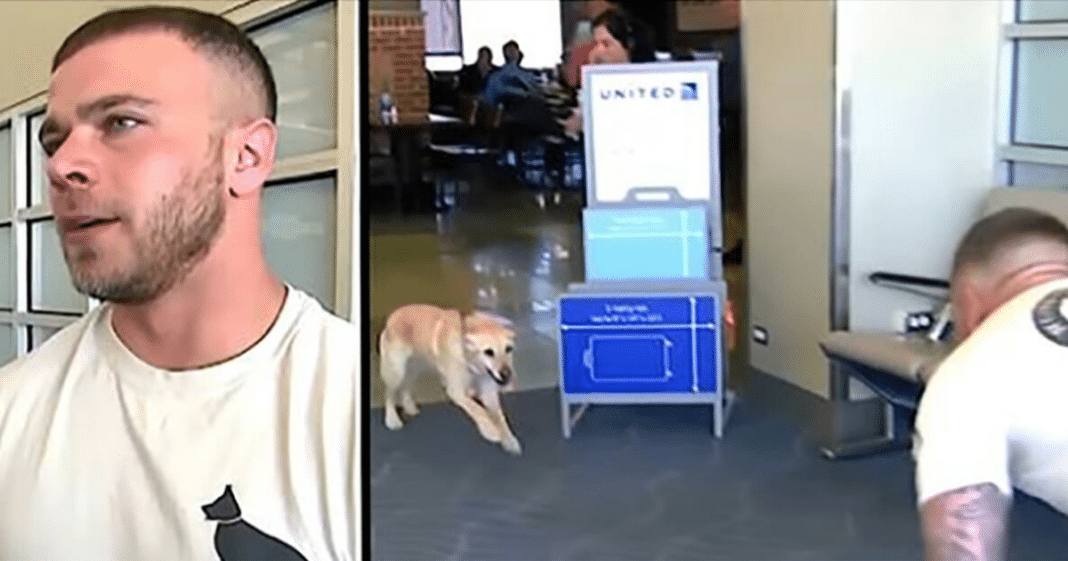 There is nothing quite like the bond between a dog and a human. Dogs seem to understand us, even if they don’t know the words, and they show us unconditional love throughout their lives.

For a soldier and a dog on the battlefield, that bond may be even more intense. Service dogs that serve in the military protect soldiers from hidden dangers and provide comfort and a sense of normalcy in the midst of war.

Sergeant Tom Hanson knows this all too well. When he was fighting in Afghanistan he bonded with service dog Taylor, whom the soldiers called Tay Tay or Princess Taylor.

He protected her in the midst of firefights, and she returned the favor, finding bombs hidden right beneath his feet and warning him before any harm could befall him. In fact, Taylor was so good at her job that the Taliban had a bounty on her head!

After two deployments to Afghanistan, though, Taylor was finally going to be allowed to have a normal life.

After their service, most service dogs are given up for adoption, and the soldiers they served with are usually given first priority. However, the process can be long and expensive, and it is often too difficult for the soldiers and dogs to be reunited.

That’s where Molli Oliver comes in. Molli is a flight attendant for United, but her real passion is reuniting service dogs and their handlers.

“I love the dogs, and I love my military that’s taking care of my freedom my whole life,” she said. “So it’s a win-win to combine the two.”

At her own expense, Molli gets the dogs and brings them to the soldiers who love them. Taylor is the fifth dog she has done this for.

After two years apart, Sgt. Hanson was a little bit nervous about seeing Taylor again – perhaps she wouldn’t remember him or things wouldn’t be the same. Despite his nervousness, though, he couldn’t wait to be reunited with his old friend.

“It’s like a part of me has been missing,” he said, “and getting her back now – it’ll make me whole again.”

Their reunion is one you don’t want to miss! Click below to watch it for yourself!

Were you happy to see these two friends finally reunited? So share this!