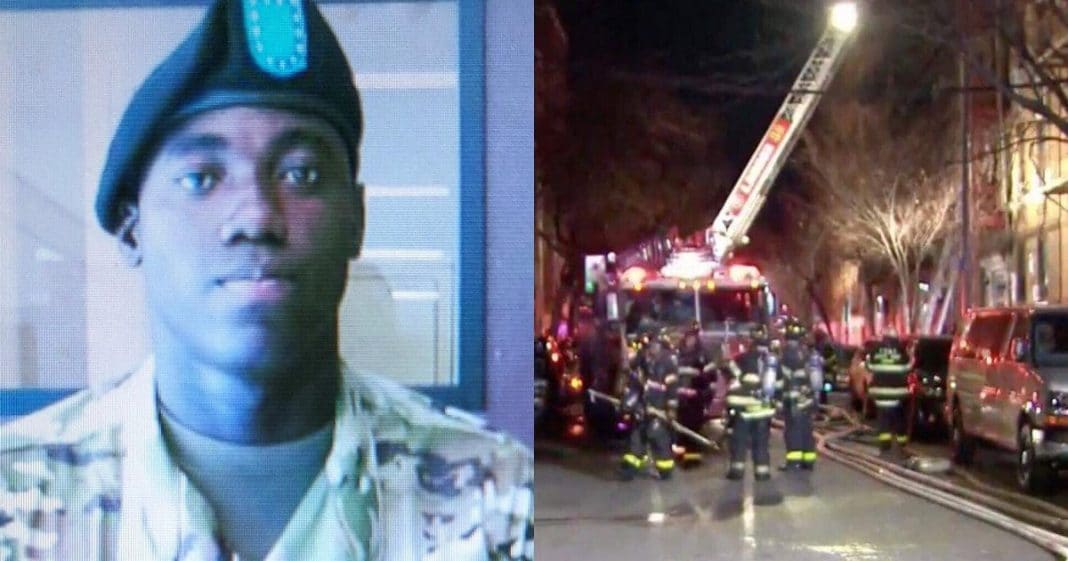 During the holiday season, many friends and relatives come home. Over family-favorite dishes, they catch up and recall past holidays. These days are carefree and fun, with memories taking center stage. Gifts are exchanged and food consumed; sports games play on large flatscreen TVs, adding to the camaraderie and fun.

But for 12 families in the Bronx, this holiday season and each thereafter will be recalled with sadness. This time of year is filled with laughter and good days.  Now, they’ll be spent in sorrow, burying their loved ones.

Private Emmanuel Mensa came home from Virginia where he graduated from boot camp. Mensa, 28, emigrated to the United States from Ghana five years ago; he had plans to become a military policeman.

On Thursday, December 22nd, a terrible fire swept through a highrise apartment building in the Bronx. A 3-year-old accidentally started the inferno while playing with a stove. This blaze would be the worst the city would see in over 30 years. Mensa died while trying to save the lives of his neighbors.

According to Mensa’s father, his son braved the flames twice, bringing four neighbors to safety. It was during his third time re-entering the fire when he perished while fighting to save a fifth person. Mensa lived in apartment 11 but was found in Apartment 15. The decorated soldier couldn’t find his way out of the blaze and died as a result of smoke inhalation.

How devastating for Mensa’s family. To lose this young man at the beginning of a promising military career.

New York’s Mayor Bill de Blasio honored the fallen military man on Twitter: “Private Emmanuel Mensah was a first-generation immigrant, a soldier and a New Yorker,” de Blasio wrote. “He gave his life rescuing his neighbors in the Bronx fire. His heroism exemplifies the best of our city. Rest in peace.”

Private Emmanuel Mensah was a first generation immigrant, a soldier, and a New Yorker. He gave his life rescuing his neighbors in the Bronx fire. His heroism exemplifies the best of our city. Rest in peace.

Tragically, 11 others lost their lives in the fire; many of them were young children. The people of New York City have overcome their share of tragedies over the years. Coming together, the city rose from the dark days of 911. It’s citizens banded together and got through those hard times. Now, those affected by the fire will also bounce back from this terrible event. And they’ll do it carried on the shoulders of fellow New Yorkers.