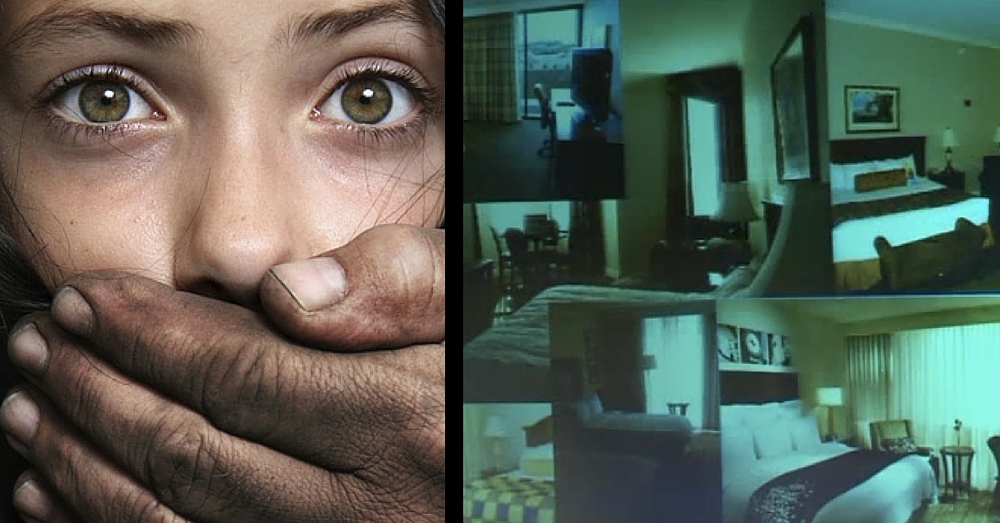 Human trafficking is a huge problem in our world today, with thousands of victims silently suffering under forced labor and abuse. It’s a difficult problem to combat because it happens so secretly, but a new app is helping police protect victims – many of them children – around the world.

The app, called TraffickCam, allows travelers to submit pictures of their hotel rooms around the world. Those images are then matched by police against a national database of photos of victims.

“You just enter your hotel room, and your room number. You take four pictures, and you submit them to the website,” said Washington University Researcher and TraffickCam developer Abby Stylianou. “And then those become part of the pipeline that law enforcement can use to track down where the victims are being trafficked.”

She said hundreds of pictures of trafficking victims are posted each day and many of those are taken in hotel rooms with the victims posed on beds. With the app, those rooms and locations can be identified so the victims can be saved.

Now, with the support of the public, TraffickCam has more than 1.5 million images of hotels across the world, and more will keep coming in.

“Right now there are pictures posted every day. Hundreds of pictures, in every city around the United States, posted online, that show victims of trafficking, in hotel rooms posed on beds,” she said.

Hotel photos submitted by travelers will allow police to query the database to determine where the pictures of victims were taken.

Sgt. Adam Kavanaugh, the deputy commander of the Missouri Internet Crimes Against Children Task Force, is optimistic that this new technology will make a difference and help save lives.

“The average age, when we talk to our girls that we deal with, most of them have started at 13, 14 years old. And most of them have been sexually abused as children,” he said. “I think [the app is] going to be crucial to help us identify not only where they’re at now, but where they’ve been at. Which is something we need – that helps with prosecution.”

TraffickCam is free and available for use with iPhone, iPads, and Android devices.

Do you think this new app is a good idea? So share this!