Skeletal dog found abandoned in forest, tied to tree and left alone to die of starvation 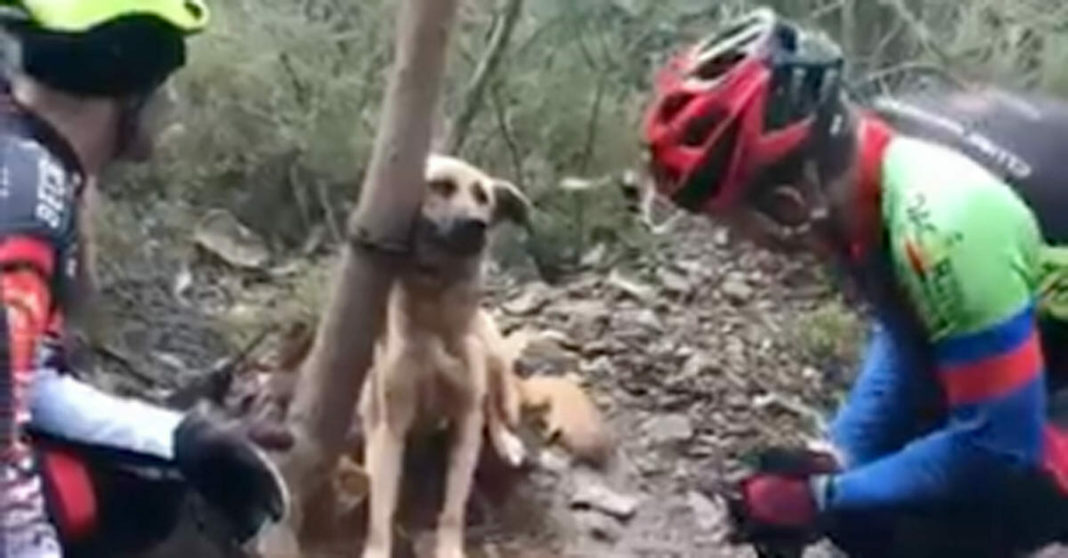 A Portuguese animal rescue group has posted a video on Facebook showing the moment when an emaciated dog tied to a tree was rescued by two cyclists. He was spotted by the men in an undisclosed location in a forest in Portugal.

Although Asociacion Animalista Libera posted the video to Facebook in the middle of December, it’s not clear when the rescue took place. 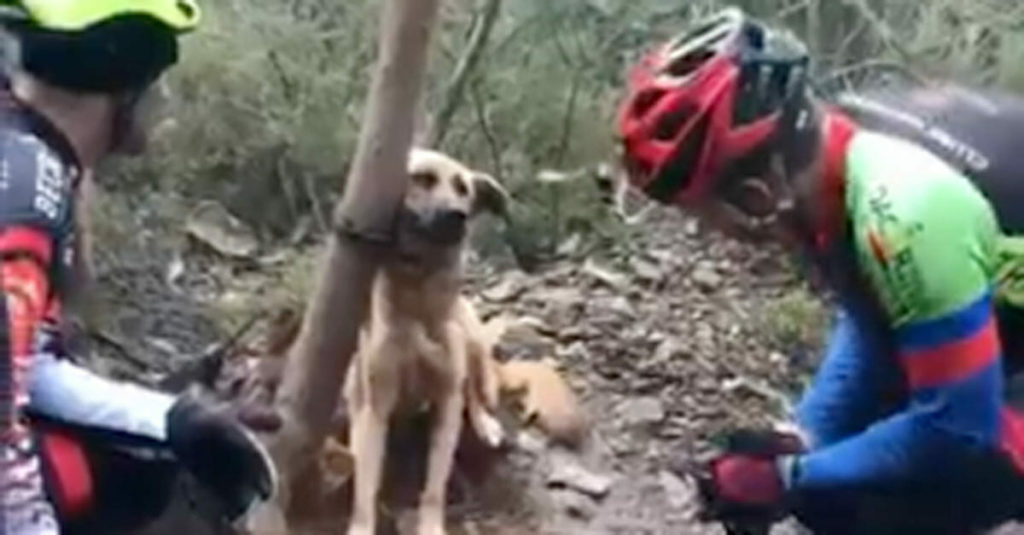 The group posted this message with the video, suggesting the animal was deliberately left to die in the forest.

“It takes a very bad person to leave a defenseless animal like that … with a rope that would not allow [it] to lie down,” the post read. The dog “was very lucky that a group of cyclists found him and decided to rescue him,” it said, according to a Spanish to English translation before adding, “A thousand thanks!”

The dog was tied so closely to the tree that he couldn’t even lie down. His ribs were sticking out, so he was probably tied for quite a long time. The cyclists were able to very slowly gain his trust by giving him bites of food. Then they were able to gently saw the rope holding the dog to the tree as they distracted him with food.

Besides being unbelievably cruel, such an act is illegal in Portugal, which has strict laws against animal abuse. The law applies to dogs who are permanently chained to trees, the BBC said, noting that many poor families have no choice, unfortunately.

“This doesn’t mean the owners don’t love their animals, so a philosophy of understanding without judging underpins all our actions,” Tania Mesquita, of the group Quebr’a Corrente, an animal welfare organization.

Whoever did this to this poor dog needs to be brought to justice. It’s bad enough to abandon an animal but to do so in such a cruel and painful way is unthinkable. We hope that authorities are able to find out who did this.