Single Mom’s Story Brings Steve Harvey To Tears. What He Does Next Leaves Her Speechless 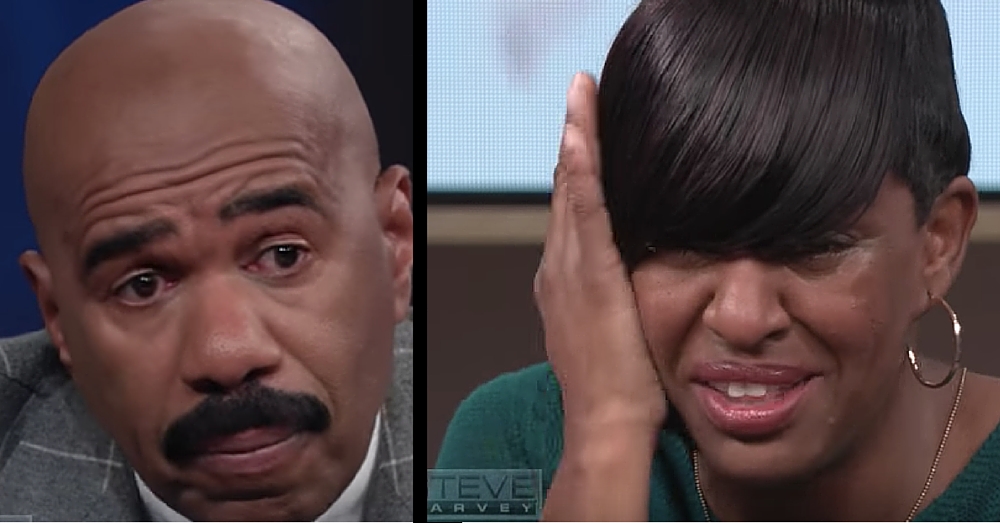 Television host Steve Harvey is known for his generosity and his desire to help others. On one particular show he did something for a struggling single mother that went beyond anything she could have imagined.

Latasha Thomas was in the midst of one of the worst years of her life. She told the host that she had lost her job after missing too much work because she had to stay home with her son, who has chronic asthma. She ended up losing her car and eventually her home, and was then forced to make a decision no mother should have to make – she had to separate her four children, ages 10, 12, 13, and 14 – until she could get back on her feet and take care of them. “That was the hardest thing for me,” she said. “I had to let them go.”

At the time she was on the show she had found another job, but because she had no car it took her two hours to get there by bus. She revealed that a man had recently followed her home one night and attacked her, trying to rape her.

After hearing her story, Harvey knew he needed to help this family out. First, he reunited the family, bringing the kids on stage to see their mother. Then he gave them $10,000 to help them get back on their feet and $15,000 to help them cover rent in a safer neighborhood.

But the surprises didn’t stop there! Watch the video below to see what else Steve Harvey had in store for this deserving family.

“You can’t see people struggling and do nothing,” Harvey said. It’s clear this generous TV host walks his talk.

Were you blown away by what Steve Harvey did for this single mom and her kids? So share this!