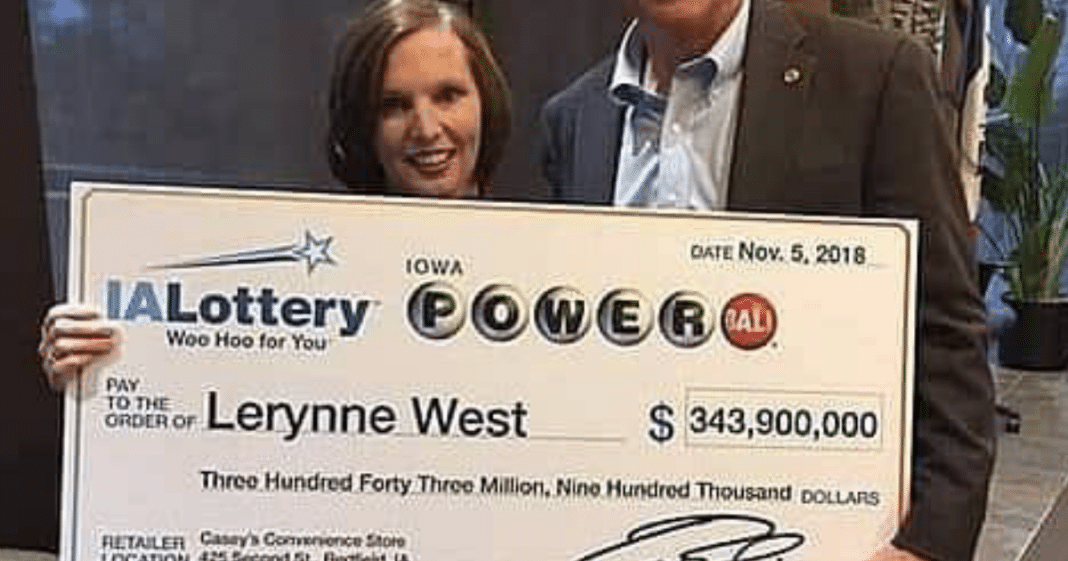 Here’s an update that will make you smile:

51-year-old Powerball winner Lerynne West announced Wednesday on “The Ellen DeGeneres Show” that she is donating $500,000 to The Travis Mills Foundation. The Maine-based organization offers programs for disabled veterans.

“My dad was a Vietnam vet,” West told DeGeneres. “I come from a long line of people who have served in the military. I think it’s very important to see that we never forget the sacrifices that our soldiers and families make to our country.”

A single mother was teary-eyed and all smiles when she claimed a $343.9 million check for being one of two winners of the $687.8 million Powerball jackpot.

“I have been extremely blessed to win this big Powerball,” said 51-year-old Lerynne West, of Redfield, Iowa, during a news conference. “This will forever change my life.”

West is a now-retired health care analyst, a mother of three adult daughters and six grandchildren. She worked full time and attended school full time as she raised her children. During the event, she thanked her family and friends, some of whom were present, for their love and support.

“My girls and I used to dream of winning the lottery,” West said. “Never thought we would be here today.”

West has decided to take the $198.1 million lump-sum option.

“I know the responsibility that I have to do good with this money.”

The Iowa Lottery revealed that this latest drawing was the largest lottery prize ever won in the state. The other jackpot winner was in New York City, though that winning ticket had yet to be claimed.

West shares that she usually played the lottery twice a week when she had the money. The most she’d ever won prior to the Powerball jackpot was $150.

Powerball Winner Revealed: After hearing someone from Iowa had won half of a nearly $700 million Powerball jackpot,…

On Oct. 26, West was with her sister when she decided to purchase a lottery ticket. When she got into her sister’s truck, she thought she’d put the tickets into her purse.

The morning after the Oct. 27 Powerball drawing, a friend called her to share the news that someone had won in Iowa. When she couldn’t find her tickets, West said, she called her sister who found them on the floor of her truck and sent her a picture of the numbers.

When the grandmother checked them against the winning numbers, she was in disbelief.

“I said to my sister, ‘Get that ticket, get in your truck and get up here now — and drive slow,'” West said.

West said her winnings would ensure her grandchildren were able to afford college and that she could take care of her family, including her seven siblings and their mother.

Her family has also established the Callum Foundation, named after her grandson who was born prematurely and died a day later, to help others in need. 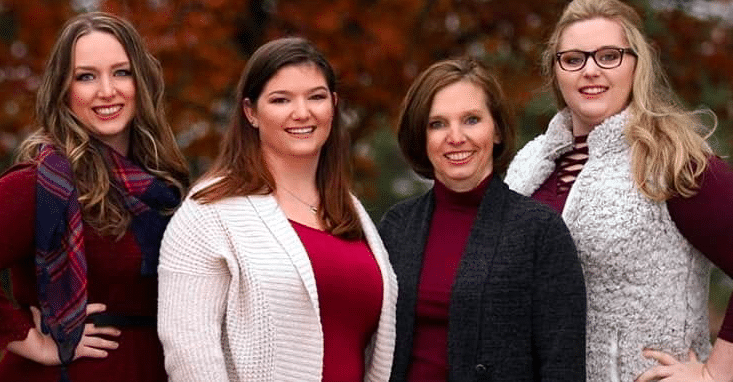 “I know the responsibility that I have to do good with this money…I do consider myself very lucky and very blessed,” West said. “I never want to forget where I came from.”

For herself, she first plans to replace her Ford Fiesta that has 142,000 miles on it.

“I’m going to get a car big enough that I can take all my grandchildren places now,” she said.

Posted by The Des Moines Register on Monday, November 5, 2018

According to the lottery, all six numbers had to match to split that $687.8 million grand prize.

I have never purchased a lottery ticket myself, but after reading this story, I just might! You never know. A big congratulations to West and her family, what a blessing!