Single Mom Stranded When Car Dies But No One Will Help. Then She Hears Knock On Window… 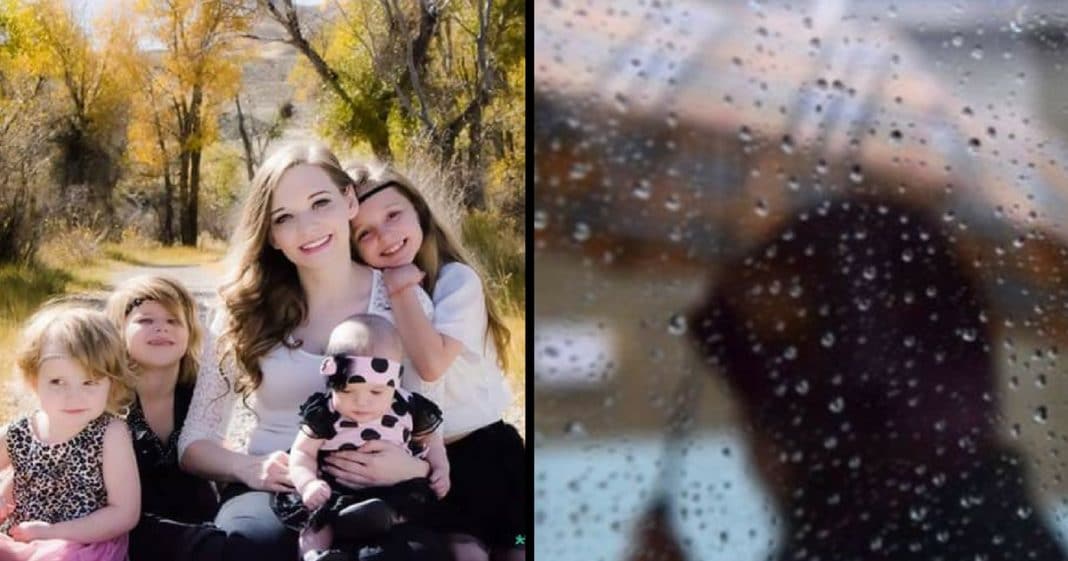 Most of us have probably been at a gas station or walking to our car in a parking lot only to have someone come up and tell up a sob story about how they need money or a ride somewhere.

I’ll admit, most of the time when that happens I brush off the person’s request, assuming the worst about the situation. After hearing this story, though, I just might start paying attention.

Tawny Nelson has been going through a really rough time lately. After her ex walked out on her she was left a single mom of four girls, ages 9, 5, 2, and 6 weeks.

The only vehicle she had was a truck, but it was in bad shape. The tires constantly went flat, it needed a new alternator belt, and the driver’s window wouldn’t roll down. Tawny only used it when it was absolutely necessary.

The other night was one of those times. Tawny needed to get food for her girls, so she loaded them all up in the truck and drove to the store 9 blocks away.

It was already dark and raining pretty hard by the time they finished shopping. Tawny put the groceries in the car and had her girls all strapped in, but when she went to turn the car on nothing happened.

“One of my girls accidentally left a light on. My battery was dead. My phone was also disconnected. I have no family to speak of and was on my own,” Tawny said.

Even though it was pouring rain she got out of the truck and began to ask people for help, but no one would even acknowledge her.

“They all ignored me. Not even a no. Just acted like I didn’t exist,” she said.

Tawny’s 9-year-old daughter got out of the car to help her mom as the other three girls began to cry. At her breaking point, Tawny joined them.

“I was bawling and felt like the worst Mom ever,” she said.

All of a sudden there was a knock on the window.

When Tawny opened the door she found an older man standing there with a plate of hot food and water bottles.

“Feed those babies and yourself, young lady,” he told her. “I have a tow truck on the way and my wife will be here shortly to take y’all home.”

Tawny couldn’t believe the man’s kindness and graciously accepted the food and the ride.

The next morning, the man was at her door with a mechanic who fixed her truck’s alternator belt and window and replaced the battery.

As the mechanic was getting ready to leave, Tawny asked if she would be able to pay him in installments. He just smiled at her and told her she didn’t owe him anything – the bill was already paid in full by the gentleman who had stopped to help her. All he asked in return was that Tawny “never give up and keep being an amazing mom.”

Overwhelmed by the man’s kindness, Tawny broke down in tears.

“I’ve never cried so hard in my life,” she said later.

“Without knowing us or our situation this kind man helped us in ways he will never know,” she added. “What he did revived my faith when I was falling apart.”

Were you touched by this stranger’s kindness to Tawny and her family? So share this!