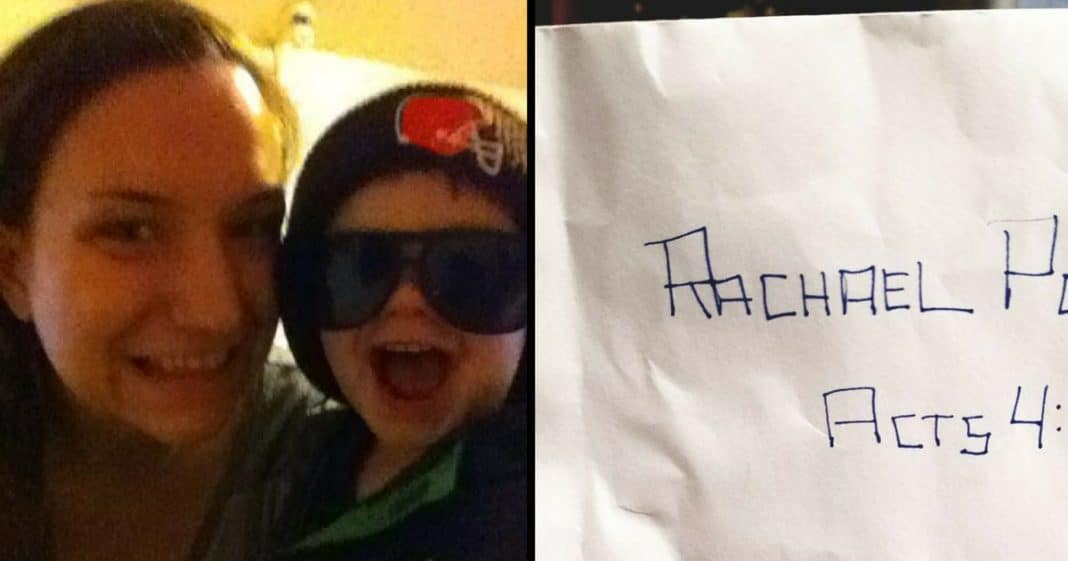 Life hasn’t been easy for single mom Rachel Poss, but she has always found a way to make things work and keep on moving. These past two weeks, though, have left her feeling defeated and at the end of her rope.

“The last two weeks have been hard,” she wrote in a Facebook post. “My whole world was turned around. The weight of all the emotional changes have been overwhelming.”

On top of everything else, Rachel needed to get some major dental work done, but she had been putting it off because she didn’t know how she was going to pay for it.

Knowing she couldn’t put it off any longer, Rachel went in for the appointment this morning, but she was filled with dread wondering how she was going to make ends meet after paying for the $1,400 procedure.

“I went into the appointment anxiety filled about what spending 1400 dollars was going to mean for my life,” she wrote. “It was going to be rough. I sat in the chair for two hours overthinking the whole situation.”

“The woman at the desk said she had some papers for me,” Rachel said. “She handed me a sealed envelope, when I opened the envelope it was stuffed with cash.” 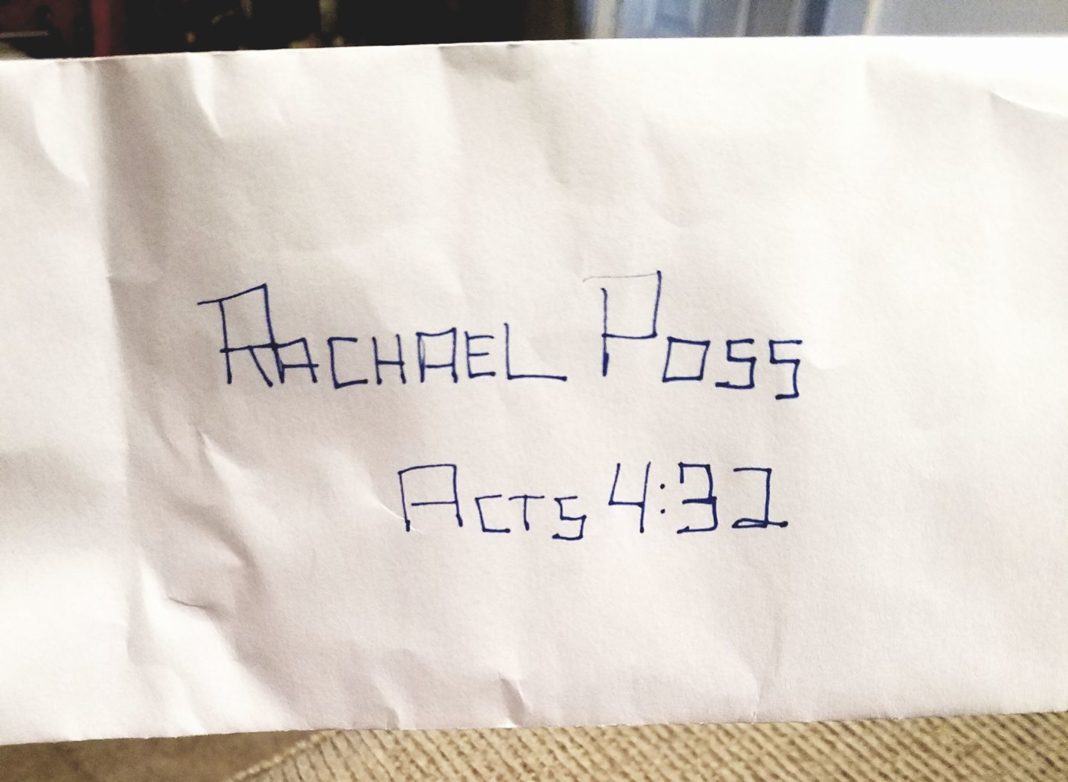 Rachel burst into tears immediately, overwhelmed that someone would show her such kindness.

The woman asked if Rachel needed her to count the money for her, and as they counted it they realized there was enough in there to cover the entire cost of her appointment.

That’s when the receptionist began to cry too.

“[S]he told me she has never seen this kind of love,” Rachel wrote.

Rachel still doesn’t know who it was that showed her so much kindness and generosity, but she wants them to know just how grateful she is and has promised to pay it forward.

“From the bottom of my heart Thank You!” she wrote. “I have no idea who did this but you reminded me that love always wins. I promise to pay it forward and to live a life of giving and love.”

Were you touched by what this mystery person did for Rachel? So share this!