Simon Stops Her In Middle Of Audition, But What She Does Next Has Audience On Their Feet 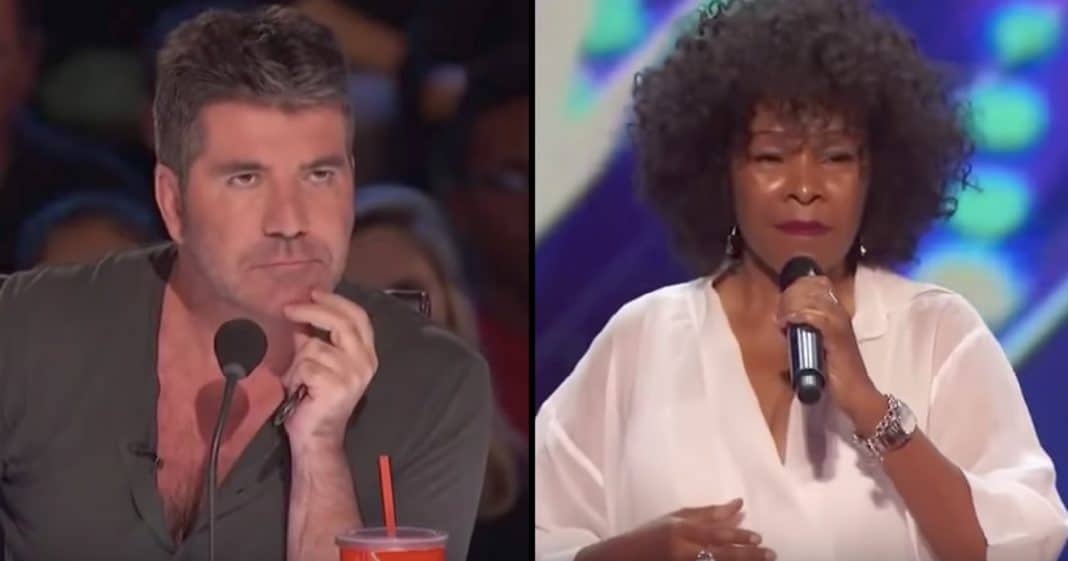 When Ronee Martin, 62, took the America’s Got Talent stage, she explained to the judges that she had been singing for 50 or 60 years already. After she said that, the judges’ faces show skepticism that she would be good enough to make it past the first audition round.

She started to sing “I Can’t Make You Love Me” by Union J, but she hadn’t made it very far before Simon raised his hand and stopped her. Looking deflated, Ronee hung her head down, but then Simon did something that left the audience stunned – he gave her a second chance.

Simon asked Ronee what other songs she had and Ronee told him she could sing “Natural Woman” by Aretha Franklin.

“Should we try that?” Simon asked, and Ronee said okay.

What happened next was absolutely incredible. As Ronee began to sing the new song, her voice seemed to transform – it’s something you won’t want to miss!

“That second song you really showcased what a talented singer you are,” said judge Mel B. “And when that chorus hit, you took it all the way there. You were not afraid of it at all. So thank you for that.”

“I think it was unnatural,” said judge Howie Mandel. “You were beautiful, it was spectacular, and you should be a star!”

“The first song you sang, in my head, I was already saying, ‘No’. I would have,” Heidi Klum told Ronee. “And you know, when Simon made you sing the second song, I don’t know what happened, but your voice of all of a sudden transformed into something that was really amazing.”

Then it was Simon’s turn.

“Ronee, you know what? You have an amazing voice, fantastic personality, but now you have to become relevant and current,” he told her. “The whole idea of this show is to give people like you a chance that maybe other people wouldn’t give, because I can’t deny the fact that you have a fantastic voice, Ronee, and a great spirit.”

After that, it was four “yeses,” a standing ovation from the audience, and a happy dance from Ronee!

Sometimes, we all just need that second chance.

Were you happy Simon gave Ronee a second chance? So share this!