Simon Scoffs When She Says She’s Singing Celine Dion, But When She Opens Mouth His Jaw Drops 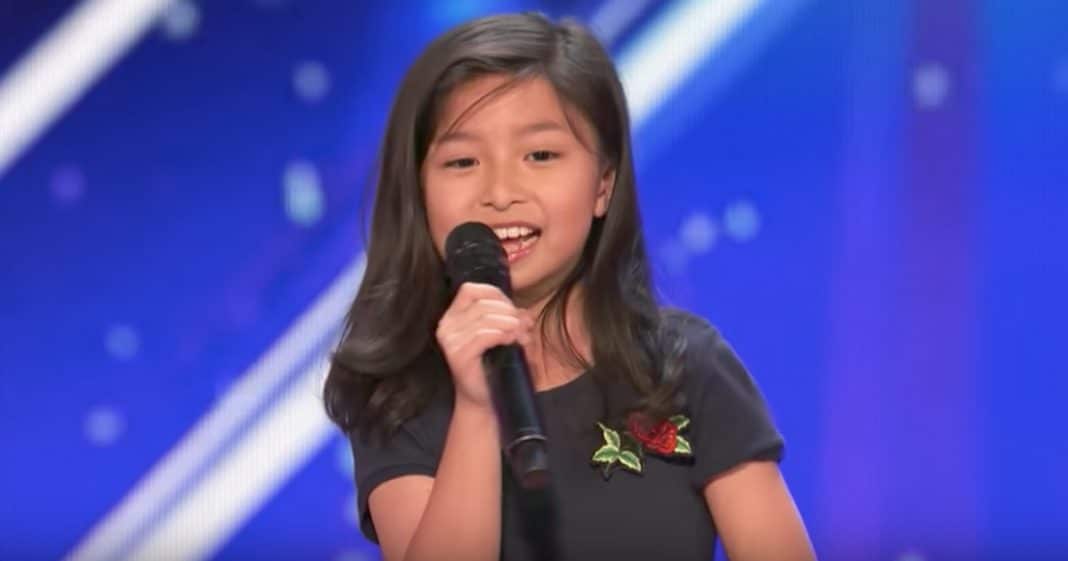 We’ve already seen a lot of great acts on America’s Got Talent this season. There’s Mandy Harvey, a deaf woman pursuing her dream of singing, Darci Lynne Farmer, a shy young girl who is using ventriloquism to gain confidence, and Angelica Hale, a sweet 9-year-old with a powerful voice and dreams of becoming the next Whitney Houston.

There have been so many surprise breakout stars this season that it’s hard to imagine there being any more, but when 9-year-old Celine Tam stepped onto the stage, she proved that she is going to be a contender this season as well.

Celine’s parents have always loved Canadian singer Céline Dion. Little Celine explained to the judges that she is actually named after the Canadian singer (and her little sister’s name is Dion!)

In fact, Celine discovered her vocal talent when her dad started playing Dion’s “My Heart Will Go On” one day in the car and she began to sing along.

As judge Mel B asked Celine about herself and her love for Dion, it was clear Simon wasn’t impressed. He kept making faces every time the singer’s name came up.

But he was about to eat his words! As soon as the little girl began to sing, his expression changed, and at the end of her performance he even looked over at the other judges and said, “Wow.”

“My Heart Will Go On” is not an easy song to sing – it requires a large vocal range and a lot of power – but this 9-year-old hit every note and had the vocal strength of a singer two or three times her age!

She really hit her stride in the second half of the song, and by the end of the performance, her parents were in tears and the audience and judges were on their feet!

One thing is for sure – no matter what happens during the rest of this competition, this little girl has a bright future ahead of her!

Did you love Celine’s performance as much as we did? So share this!