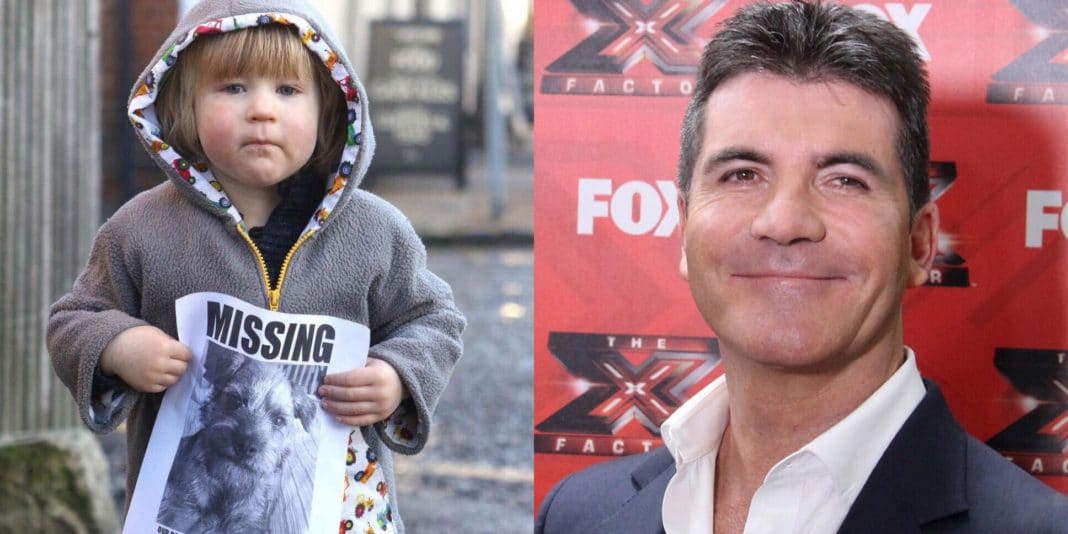 Seeing little children disappointed around the holidays is heartbreaking. They’re so young and innocent; they’re learning and growing. It can be hard to find ways to explain why things happen because they won’t understand. But what little ones don’t realize is adults don’t always have the answers as much as they believe we do.

In the U.K. 2-year-old, Edward spent the Christmas holiday feeling sad and upset. His 9-month-old border terrier and best friend, Morse went missing. Edward’s dad, Richard, and mother, Amanda, did everything they could to find their puppy.

It wasn’t until Richard’s social media posts gained some traction that the family’s luck began to turn. Their angel? He’s someone you wouldn’t expect. Simon Cowell is known for being cranky and mean on television, but off camera, he’s an apparent softy. When Cowell heard about the missing Morse, he decided to reunite the dog with his family.

“Dogs are so important to so many of us. We just hope it helps lead to the safe return of Morse.”

What did Cowell do? He offered a $10000 reward if Morse were returned home: “We’ve had people e-mailing us photos and snippets of information,” Richard said.

“It’s really nice that people are out there actively helping us.” Christmas came and went with no sign of Morse.

Finally, after weeks of searching for their beloved pup, the Latter family got some good news. A local man called them. He’d spotted a dirty, muddy dog walking the streets. It looked just like the dog in the photos. The Latter’s though were skeptical. There was a pretty hefty reward attached to bringing Morse home.

“Me and Amanda were still quite skeptical, but Edward saw him and recognized him straight away,” Richard said.

“We instantly broke down in tears,” Richard continued. “I was delirious for a few seconds; it was wonderful, we were just hugging each other, hugging Edward and hugging the dog.”

Awe, such a sweet, touching story. How kind of Simon Cowell to wish to help this little boy find his dog. Now Edward and Morse are together again. It’s unclear whether the people who saw Morse took the monetary reward.

Does that matter? It’s what reunited Morse with his family in the end.