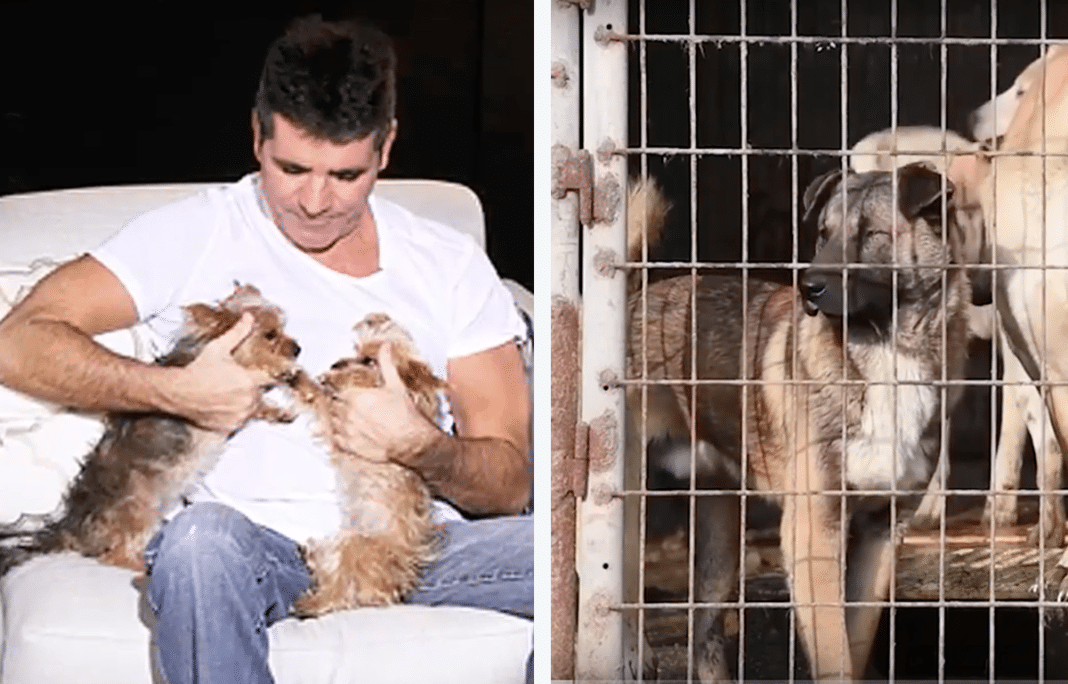 Celebrity reality television judge, Simon Cowell, comes across as quite a harsh critic many times on his talent competition shows, but underneath he has a huge soft spot for animals. Recently, he donated about $32,640 to Humane Society International (HSI) for the purpose of helping to save hundreds of dogs from dog meat “farms” in South Korea. He has been a vocal supporter of efforts to shut down the many thousands of remaining farms, where dogs live their whole lives trapped in filthy wire cages.

Simon joined forces with HSI last year and spoke out about the inhumane treatment of dogs in South Korea, where about 17,000 of the horrible places remain. The facilities breed more than 2.5 million dogs a year for human consumption. The dogs have no solid floor to sit on, standing on wire for their entire lives until they are slaughtered, usually by hanging or electrocution.

Even though they have never stepped a foot outside their cage, many of the dogs still crave affection and human interaction, reaching their paws outside the bars and licking the hands of rescuers who come to see them. 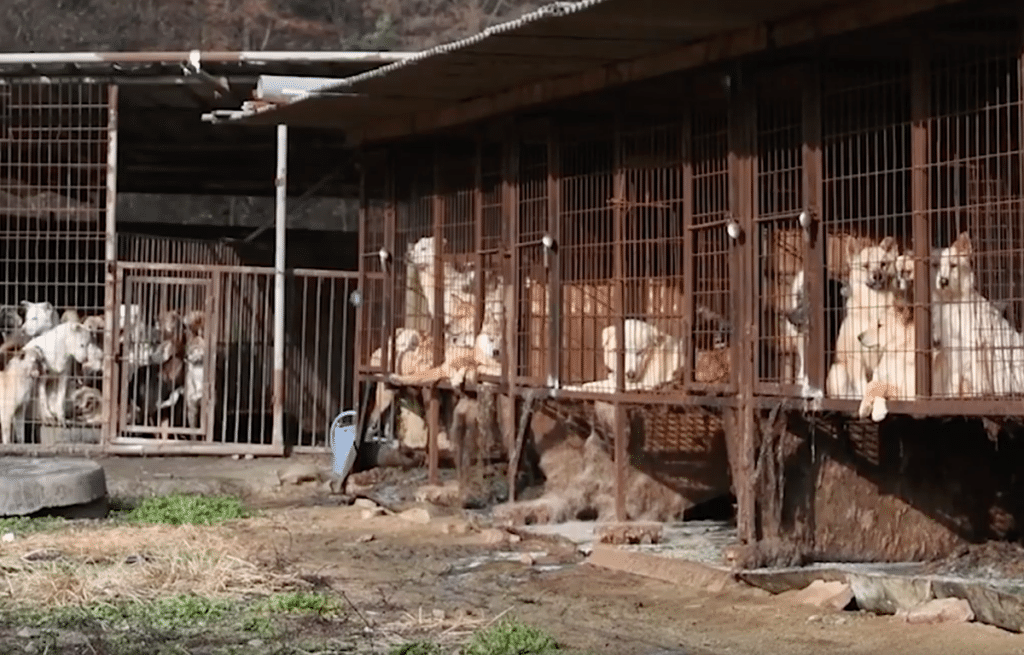 In a 2017 appearance on Good Morning Britain, Simon Cowell said:

As the owner of three Yorkshire Terriers named Freddie, Squiddly and Diddly, Cowell knows how much unconditional love and companionship dogs offer. Imagine that these balls of fluff sleep on Simon Cowell’s head! That’s what they do, according to his interview on the Ellen show.

See him gush about his first two dogs, Squiddly and Diddly, on the show below:

The famous talent show judge continues to use his celebrity clout to help phase out the dog meat farms as quickly as possible, although there is still a vast amount of work to be done.

The Humane Society International tweeted about Cowell’s generous donation as they embark on a trip to rescue 200 + dogs from slaughter. Their combined efforts have resulted in shutting down at least 12 dog meat farms so far. Their approach also takes the owners of the meat markets into consideration by helping them transition to more humane yet still profitable farming businesses.

DOUBLE YOUR IMPACT: With us leaving next week to save 200+ dogs on a SK dog meat farm, TV personality @SimonCowell has agreed to match ALL donations up to £25,000! Give TODAY to have your donation matched to support this rescue & protect animals worldwide: https://t.co/Vpet497GSB pic.twitter.com/uJDK7fi7aT

Because of what the HSI and other charities are doing, more people in South Korea are beginning to see the practice of dog meat farming as cruel, especially after seeing the dogs saved and sent to loving homes abroad where they will be cherished by their new families.

See Simon give a special message in support of efforts to save dogs from South Korean meat farms in the video below:

See the total transformation of dogs after rescue in the video below: