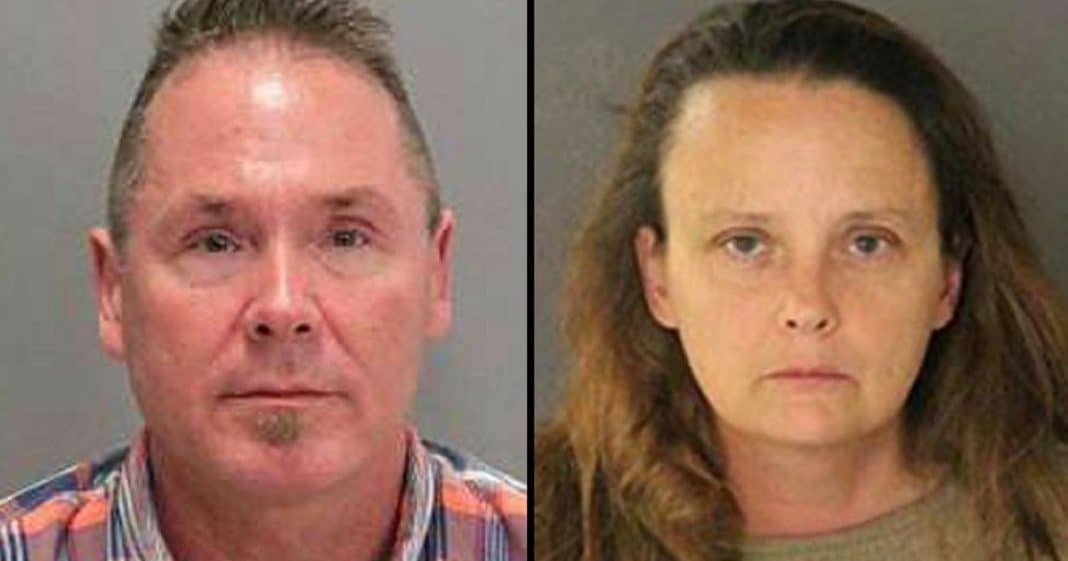 One preschool teacher was settling into her seat on her Southwest Airlines flight from Seattle to San Jose last month when she happened to glance between the seats in front of her and catch a glimpse of another passenger’s phone. When she saw what was on the screen she felt sick.

“I don’t know how I saw it, I just saw in big text, ‘child in their underwear,'” said the teacher, who wishes to remain anonymous. “I thought, ‘What did I just see?’ My heart started racing. Then I could see more texts coming.”

The man in front of her was Michael Kellar, 56. As the teacher watched, Kellar detailed disgusting and horrific plans to drug and molest two children with 50-year-old Gail Burnworth.

In their texts, the couple wrote about their plans to drug the children, ages 5 and 7, with Benadryl and then film themselves raping them.

As soon as she saw the horrifying exchange, the teacher knew she had to do something. She snapped some pictures of the messages with her phone and then alerted the flight crew, who called the police.

When the flight touched down in San Jose, police were waiting there to arrest Kellar. Burnworth was arrested shortly after. Both of them have been charged with attempted enticement of a minor, including rape of a child and conspiracy to produce child pornography.

While Kellar, a divorced father of two, attempted the convince authorities that he had just “engaged in fantasy,” it was clear from the lewd messages on his phone that this was not the case. In fact, Burnworth admitted to having already made 20 videos of the two victims and sending them to Kellar.

While it is sickening to even imagine anyone doing something like this to two innocent children, we are so glad this preschool teacher caught on to the couple’s nefarious plans and was able to put them to a stop.

After the arrests, San Jose Police Sgt. Brian Spears, who leads the Silicon Valley’s Internet Crimes Against Children Task Force, visited the preschool teacher to thank her for reporting Kellar and the disgusting exchange.

“I felt that she needed to be told in person she is our hero,” Spears said. “I was blessed to meet her, gave her a big hug and said thank you.

“She was emotional. She said, ‘I just knew something was wrong,’ and she felt it in her heart.”

While many have labeled this brave woman a hero, she has pushed back against the praise, insisting she just did what she knew she needed to do.

“I’m being labeled a hero. I don’t need a bunch of attention,” she said. “I’m just so thankful the kids are safe. I really just did what I did out of my heart. And being an early-childhood educator, I’m trained to look out for that.”

Thanks to this woman, two innocent children have been rescued and protected. We know they certainly view her as a hero and, regardless of what she might say, we do too.

Are you glad this teacher followed her instincts and saved these two children? So share this!