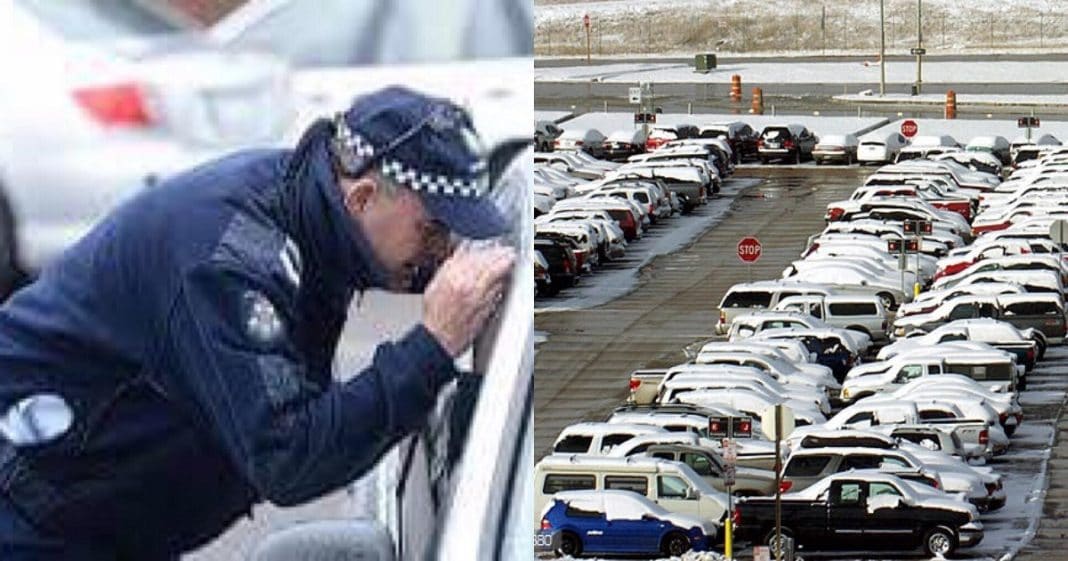 It enrages me when I read yet another story involving animal cruelty. I can’t wrap my head around how someone could consciously abandon the pet they’re supposed to love. Why take on the responsibility of caring for a pet in the first place? If you can no longer care for your pet, surrender it to a shelter or veterinary hospital. At least give it a chance to find a home with someone else.

I mostly see these stories during summer, when heat waves swell throughout the country and in winter when temperatures dip dangerously low. It’s never smart to leave your pet in a locked car. They could become overheated or like with this dog found in Dartmouth, Massachusetts, nearly freeze to death.

On Saturday, local temperatures ranged from 3 to 19 degrees Fahrenheit. The Dartmouth PD responded to a call they received from the North Dartmouth Mall about a puppy that had been left unattended inside a car parked in one of the mall’s lots.

The police department wrote about the incident on their Facebook page: “When they arrived, officers spoke with the reporting party who informed them that the puppy’s owner had left it unattended in the vehicle for at least twenty (20) minutes without any heat.

“Further investigation determined that the length of time that the puppy was  left unattended was closer to one (1) hour.”

The officers who responded found a shivering puppy. In an attempt to keep warm, the poor pup lay curled up in a ball in one of the car’s seats. Dartmouth Animal Control arrived and seized the little one. They took it to a veterinary hospital for care. The little pup was finally in a place where it could get and stay warm

Detective Kyle Costa of the Dartmouth Police Department told PEOPLE in an email; the puppy is doing well. It’s still recovering at a veterinary hospital. As for the puppy’s owner, they’ve been charged with cruelty to animals. Their identity won’t be revealed until their arraignment.

Many stories involving abused or abandoned animals don’t always have a happy ending. Thank goodness this Good Samaritan took the initiative and called the police when they did. Otherwise, the innocent puppy wouldn’t have remained alive for much longer. Now, this sweet pup has a chance at a better life with people who will love it completely.