Shopper Sees Dog Sitting Alone Outside Target, Then She Reads Sign Around His Neck… 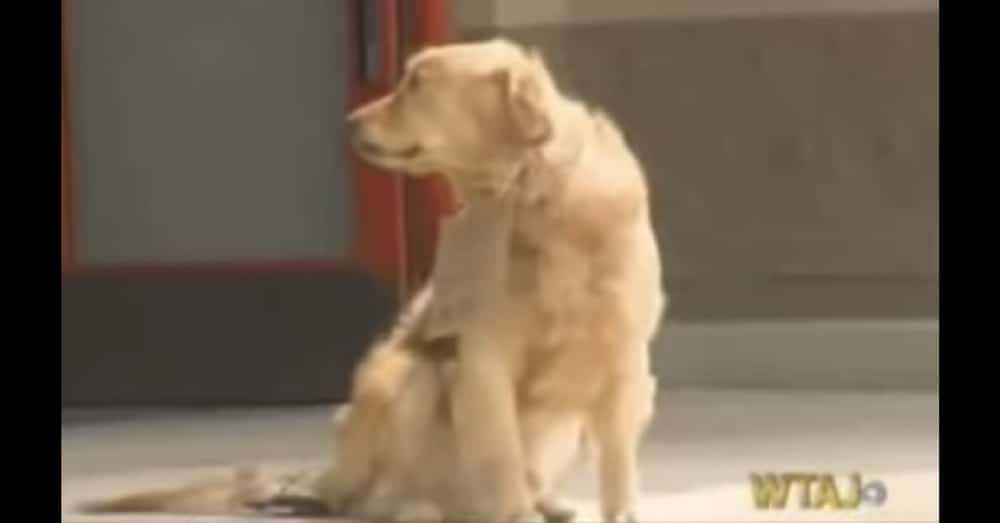 When people first come across 3-year-old Golden Retriever Jackson sitting by himself outside Target, they might be tempted to think he was abandoned there, but as soon as they read the sign around his neck they know that’s not the case.

Jackson’s owner, Steve Moore, rescued the pooch from a shelter only one month ago. In that short time he has trained the loyal dog to patiently wait for him, even when other people come over to pet Jackson or want to play with him.

And before anyone gets too worried, Steve is never far away. He watches Jackson just out of sight to see how well the dog will obey his commands and make sure he stays safe.

Steve says he gets a feeling of satisfaction from working with Jackson, bringing out his potential, and seeing what he can do. As amazing as it may be to watch Jackson remain stationary on a busy sidewalk, Steve says any dog can learn to do it – you just have to take the time to teach them.

Jackson has been garnering lots of fans with his sweet personality and neat “trick,” and Steve says that many people have told him they want to take the dog home with them.

“I just find that amazing,” Steve said, “because four weeks ago nobody wanted him.”

It looks like Jackson has found his forever home, and he seems quite happy to stay!

Were you amazed at how well-behaved Jackson is? So share this!