Teen Caught Stealing Dress Clothes From Walmart, Then Cop Pulls Out Own Wallet When He Learns Why 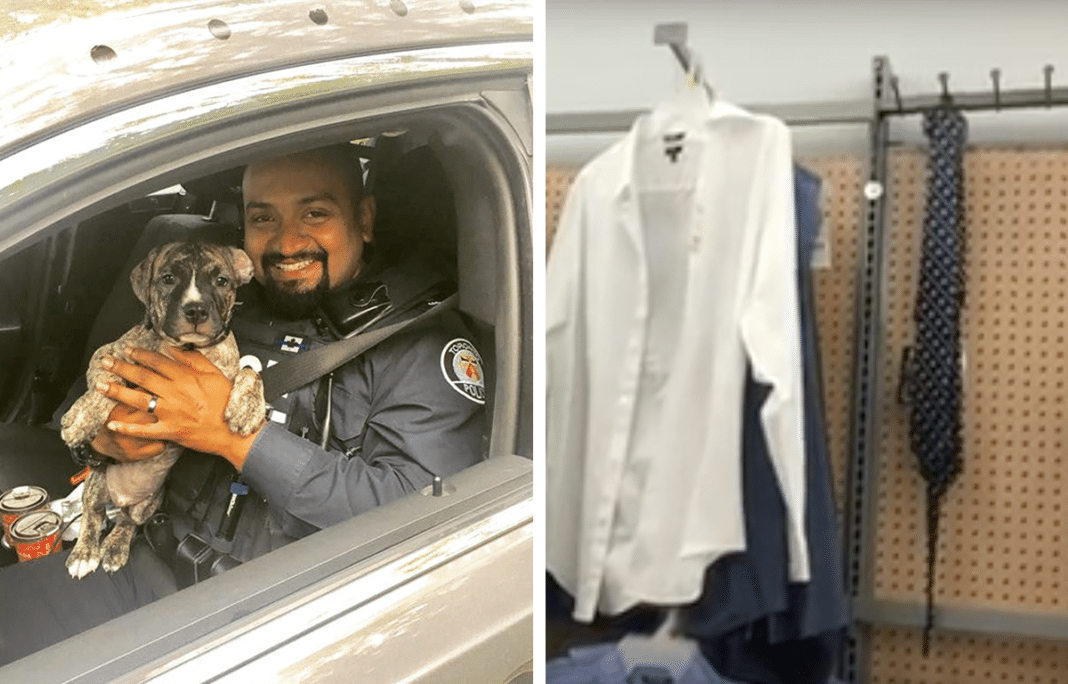 An 18-year-old was caught red-handed by a store’s security guard trying to shoplift a dress shirt, tie, and socks from a Toronto Walmart. When the police arrived, he thought he was headed for jail, but the officer had other ideas.

Constable Niran Jeyanesan arrived on the scene, ready to make an arrest, but then he listened to the man’s story. The shoplifter needed the clothes for a job interview and didn’t have the means to buy them without a job. He was desperate to improve his situation for himself and his family.

Teamed up with few of my old buddies.. working the Victoria Day fireworks near Toronto Beaches! #happyvictoriaday #enjoytheday #torontobeaches #torontofireworks

“This person truly didn’t know to go about it. He didn’t know where to go to get a dress shirt and a tie for an interview, which he did not definitely have,” said Jeyanesan.

Using his discretion, he decided not to press charges, but to buy the clothes for the man instead. He offered him a second chance and one that would allow him to provide for his family if he got the job.

“He wanted to go get that job and that was in his mind, and I think he truly made a mistake here, And a second chance that we all get and I hope that he benefits from this,” he said.

“The cop buying it for him, it’s a good thing, but I hope the cop let him know that what he did is not the right thing to do in spite of the fact that he needed it badly. He could have asked.”

The officer was happy to report that the man he had given a second chance did well at the interview and got the job. Not only that but Jeyanesan was instrumental in finding the man’s father a job as well through his contacts.

“We were able to get his father a job as well through some friends who were willing to help out,” he said.

“I think the officer did a fantastic job. He exercised his discretion…definitely showed some humanity,” said Staff Sergeant Paul Bois.