Shooting Breaks Out In High School, Age 15 Boy Knows He Has To Save Classmates And Teacher 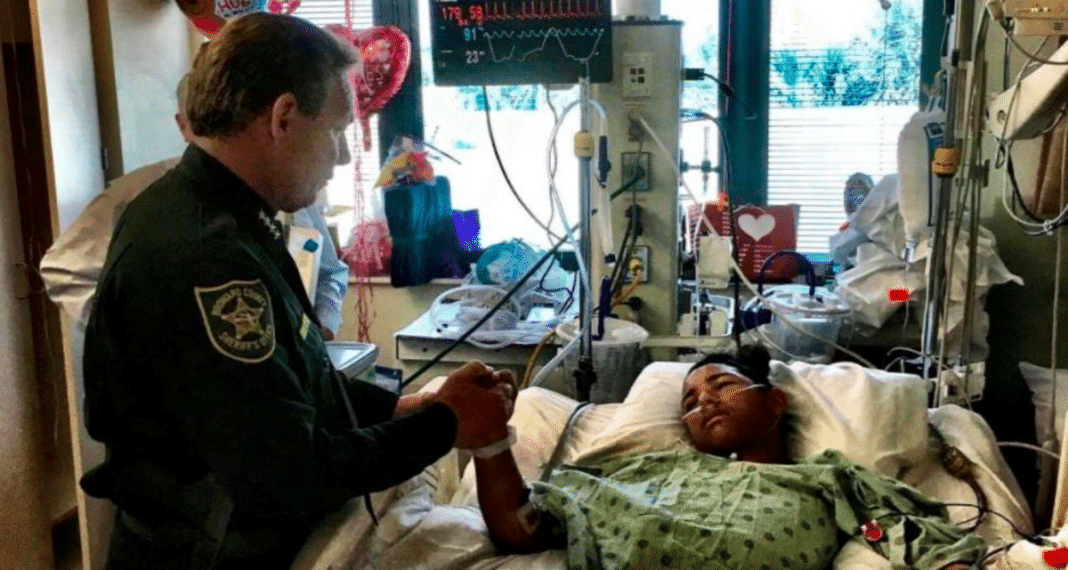 Since the horrific shooting in Parkland, Florida, where 17 lives were cruelly lost, students, families, and teachers have spoken out to change current legislation for gun laws. That day at Stoneman Douglas High School altered the lives of hundreds, creating an impact that will hopefully improve the lives of millions. The nationwide March for our Lives on March 24th drew between 1,200,000 to 2-million people. It was one of the largest protests in our country’s history.

While we’ve seen the media cover the protests and marches and rallies, we rarely hear about the heroic actions of those who were injured during the shooting. Little coverage has shown the brave actions of one survivor named Anthony Borges; as the shooting was in progress, many students and teachers hid in their classrooms. As the shooter progressed through the building, 15-year-old Anthony used his body to prevent anyone from coming through the classroom’s door. He shielded his classmates and teacher who were hiding inside. As a result, Anthony caught five bullets from the shooter’s AR-15.

Anthony was one of the lucky ones to survive; he required several surgeries. All told, his medical expenses will top $1 million. His family has set up a GoFundMe page where this amount has been nearly met. Because of his heroic actions, Anthony saved the lives of many that terrible day. His condition has improved from critical to fair, but he still has a long way to go until he’s 100%.

#AnthonyBorges is 15. He was shot 5 times on #ValentinesDay. His #father, Roger, told #60Minutes that Anthony’s 9th…

Through it all, he’s remained resilient. Alex Arreaza is Anthony’s family lawyer. He said, “He’s doing OK now . . . This kid is an athlete, and he’s obviously in very good shape. He has grit and is super tough—and that’s what it takes. He’s defied all odds, and he continues to do so.”

Everyone please send your prayers & love to Anthony Borges, a 15-year-old Marjory Stoneman Douglas student, who was shot…

To boost the young man’s spirits, he’s received visitors from the local sheriff’s office. Originally from Venezuela, Anthony came to the U.S. to play soccer as part of the Barca Academy in Fort Lauderdale youth team. The players sent him a signed jersey to help with his recovery.

Anthony’s story is one that should be shared; he acted brave and despite his wounds never surrendered.

Nearly two months after Anthony Borges was shot numerous times while shielding classmates from gunfire at Marjory Stoneman Douglas High School, the 15-year-old has been released from the hospital, his attorney said.

Anthony told NBC’s “Today” show Wednesday morning that he had thought he was “going to die” and now feels lucky to be alive.

Although he is thinner and weak, “I feel good,” the teen said.

The most gravely wounded survivor of the Parkland school shooting speaks exclusively to @kerrynbc pic.twitter.com/4SkVPk3GTk