She’s Confused When He Walks Away After Proposing, But What He Does Next Leaves Her In Tears 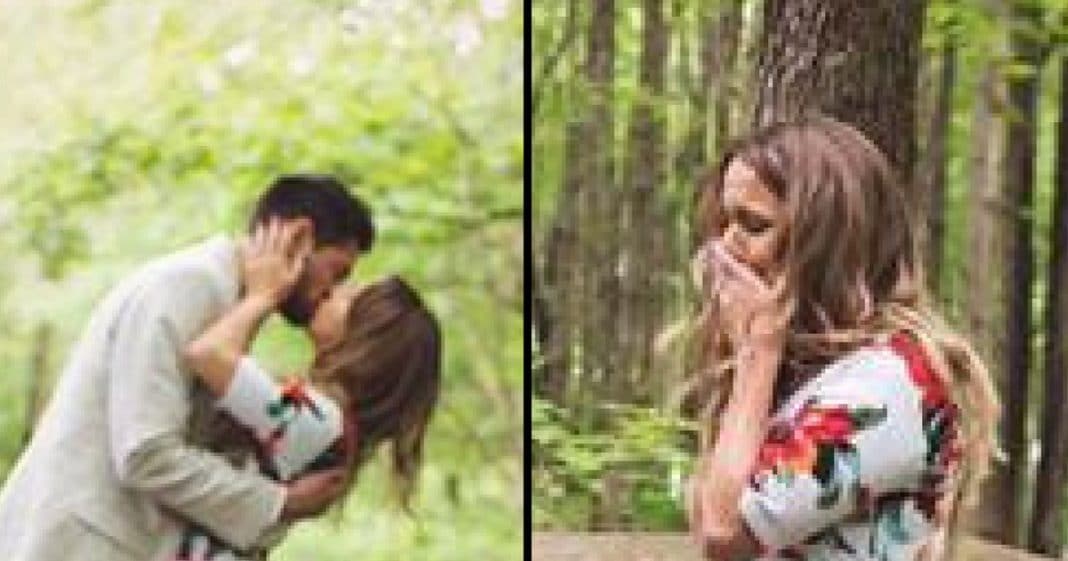 Grant Tribbett said he knew before his first date with Cassandra Reschar that she was a single mom — and it’s something he loves about her.

“Honestly it was one of the many qualities she has that captured my heart,” Tribbett, who lives in Westfield, Indiana, told TODAY.

So it’s no surprise that he included her 5-year-old daughter Adrianna in his recent proposal. Reschar shared the sweet surprise in a now-viral post on The Knot’s How He Asked. 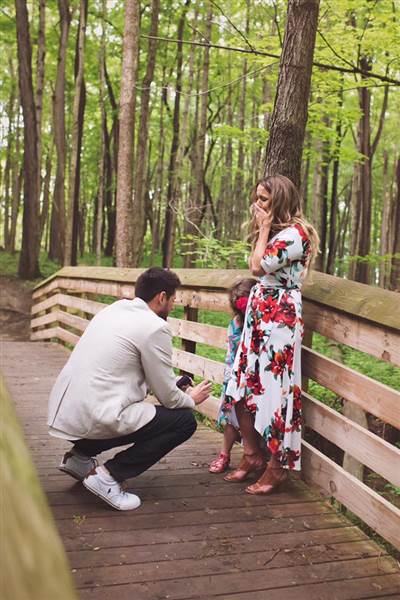 Their story starts with a surprise breakfast. “My daughter and I got all dolled up and he took us to Cracker Barrel,” Reschar, 26, wrote. “Confused as to why I got so dressed up to go to Cracker Barrel, I immediately became nervous.”

After eating, Tribbett, 29, took them to the Ritchey Woods Nature Preserve in Fishers, Indiana. Reschar immediately knew something was up, but she couldn’t be sure.

“We walked a mile in the woods, all the while I was wearing heels,” she wrote. “Finally, we got to a wooden bridge in the middle of the forest and he got down on one knee.”

That’s when her friend and professional photographer Mandi Gilliland came out of hiding to capture the moment. 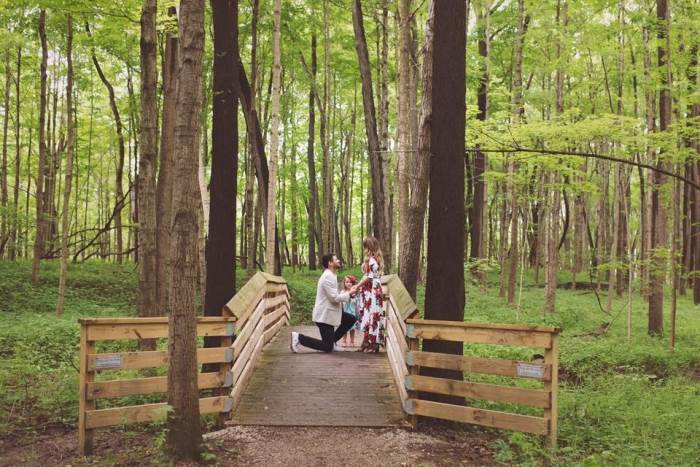 Cassandra Reschar ‘immediately knew’ something was going to happen, but the proposal was still a surprise, she said. Mandi Gilliland

After proposing to Reschar — she said yes — Tribbett had another surprise in store.

“Grant got back down to propose to my daughter,” Reschar wrote. “He said, ‘Adrianna, can I be your daddy, to promise to love and protect you for the rest of your life?'”

The little girl’s adorable response? “Thank you!” she said. When prompted for a “yes” or a “no,” Adrianna replied, “Yes! I finally get a daddy, Mommy!” according to the post.

While Reschar got a ring, Adrianna got a heart necklace. 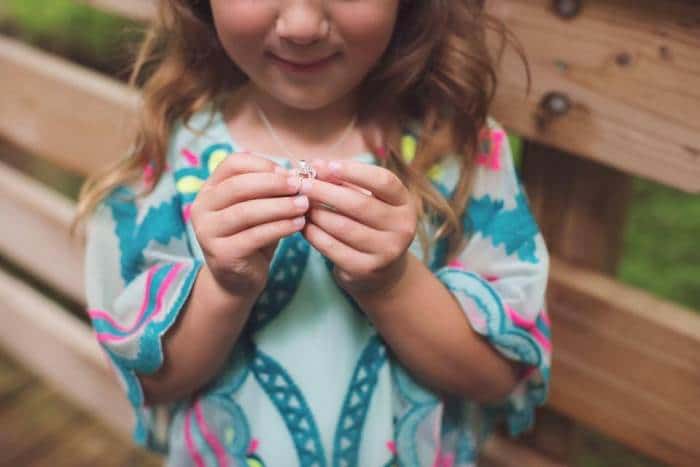 Reschar told TODAY she was thrilled that Tribbett included her daughter.

“His proposal to Adrianna meant the absolute world to me,” she said. “In my opinion, it’s special to find the man whom your soul loves, but to also find a man who loves your child unconditionally was a dream I never thought could come true.”

Read more about this sweet proposal and the family’s plans for the future on TODAY.