Old Man Eats Alone Every Day, But The 1 Thing He Brings With Him Will Melt Your Heart 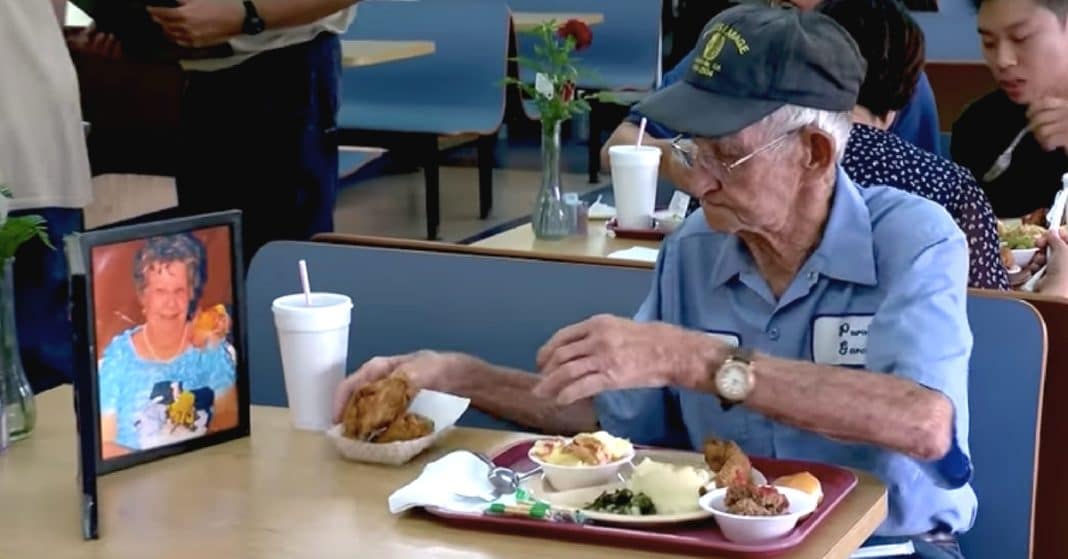 When Clarence Purvis met Carolyn Todd in 1948, he knew she was the one. The pair, 24 and 16 respectively, quickly fell in love and married the next year.

They spent 63 happy years together, raising three children and building a life that was centered on love.

For the last 13 years of their lives together, the couple would make their way over to Smith’s Restaurant in Reidsville, Georgia, for lunch. They would sit together at their favorite booth, order lunch, and enjoy each other’s company.

Sadly, in late 2013, Carolyn passed away. Clarence was heartbroken, but his love for Carolyn never faded and he was determined to keep her memory and her legacy alive.

Four years later, the 93-year-old still sets lunch dates with his wife. He heads over to Smith’s and places a picture of his beloved late wife on the table to look at while he eats. 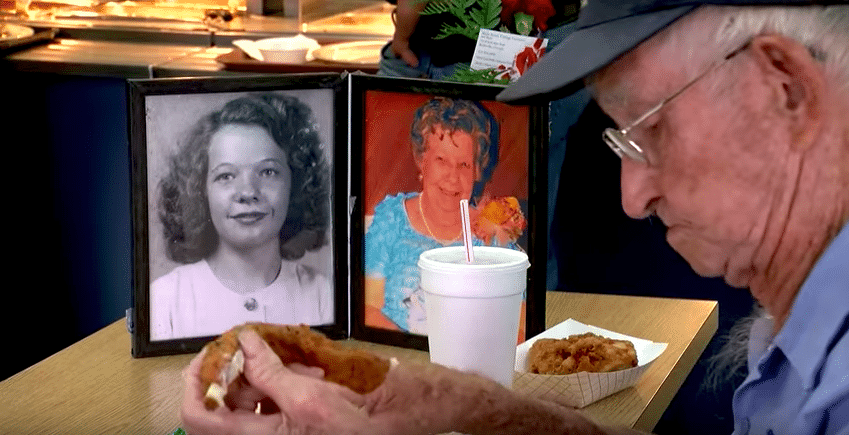 “She was always with me when we were livin’. She’s with me now,” Clarence said.

Clarence has become well known in the town and people have been touched by his devotion to his wife, but some have become worried for him, even suggesting he find a girlfriend so he won’t be so lonely.

For now, Clarence is content spending his days remembering the woman he shared his life with. At home, he keeps a collection of photos and mementos around the house, such as a lamp that has remained on ever since Carolyn came out of the hospital five months before her passing. Her picture sits below.

Clarence keeps himself busy by doing yard work around his town, but he says he makes the short trip to the Glenville Cemetery to visit Carolyn at least four times every day. 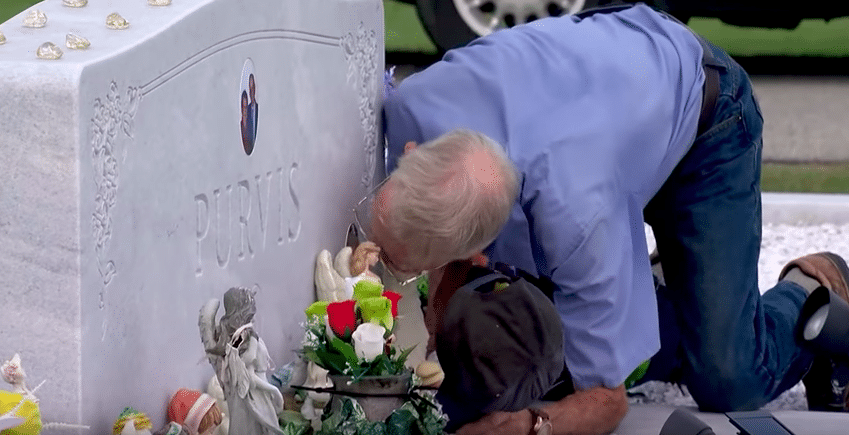 Our hearts break for the pain and loss Clarence has had to suffer, but we are touched by the obvious love and devotion he has for his wife. One day they will be reunited, but for now, Clarence will honor her memory. In doing so, he is teaching the rest of us a beautiful lesson of love.

Were you touched by the love Clarence has for Carolyn as much as we were? So share this!