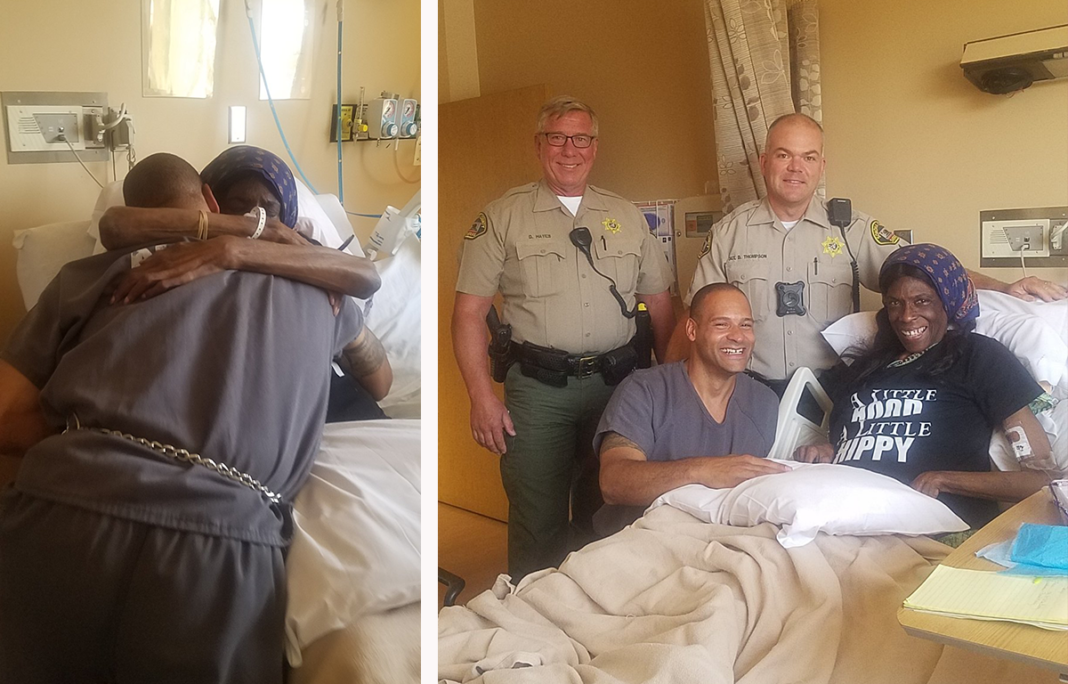 The Sonoma Sheriff’s Department in Santa Rosa, California shared the touching moment when their Transportation Unit allowed one inmate to visit his dying mother in hospice care.

“It was a beautiful, special moment. One we won’t soon forget,” stated the post.

“His family sent us these pics we took with them and wanted us to share with everyone. What a great experience.. Really touching.. #compassionforall”

The mother and son’s faces glow with happiness. It’s an unforgettable moment for all involved and an act of compassion so that the son could say goodbye to his mother.

This morning our Transportation Unit got to share in something very special. We were honored to escort this inmate to…

The post touched a great many people in the community, including a Correctional Deputy and people who knew or had interacted with the mother and son.

The comments are almost as touching as the photographs. See below:

Here, a Correctional Deputy talks about his interactions with the inmate. 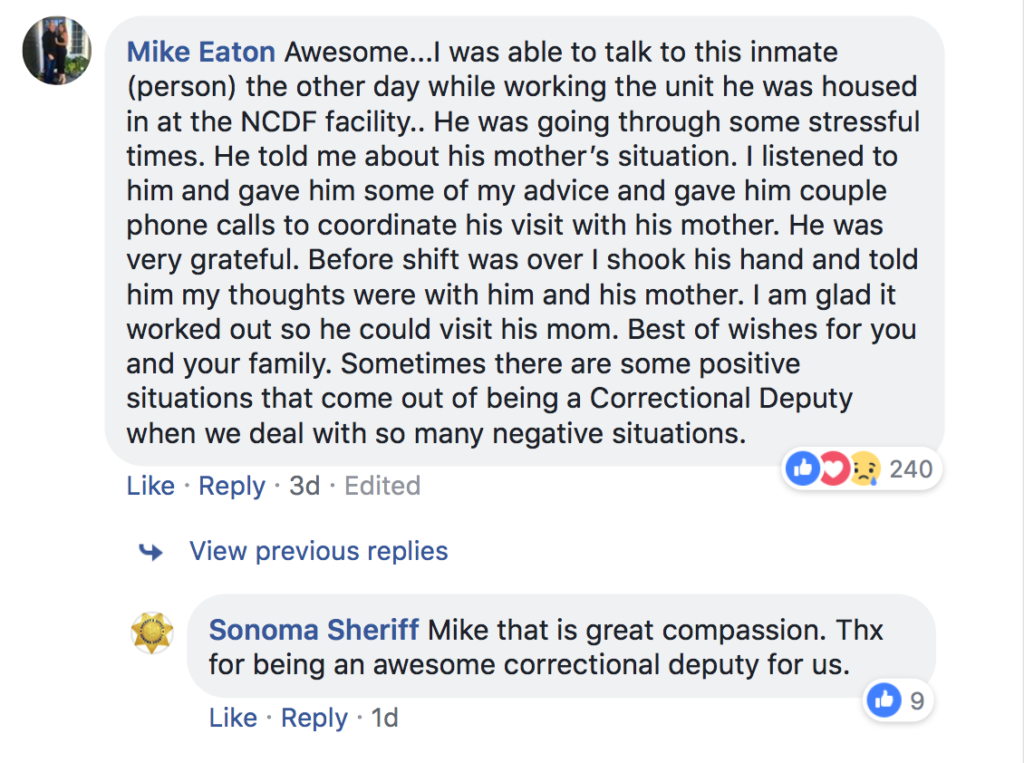 One person commented that this was the right thing to do for the dying mother. 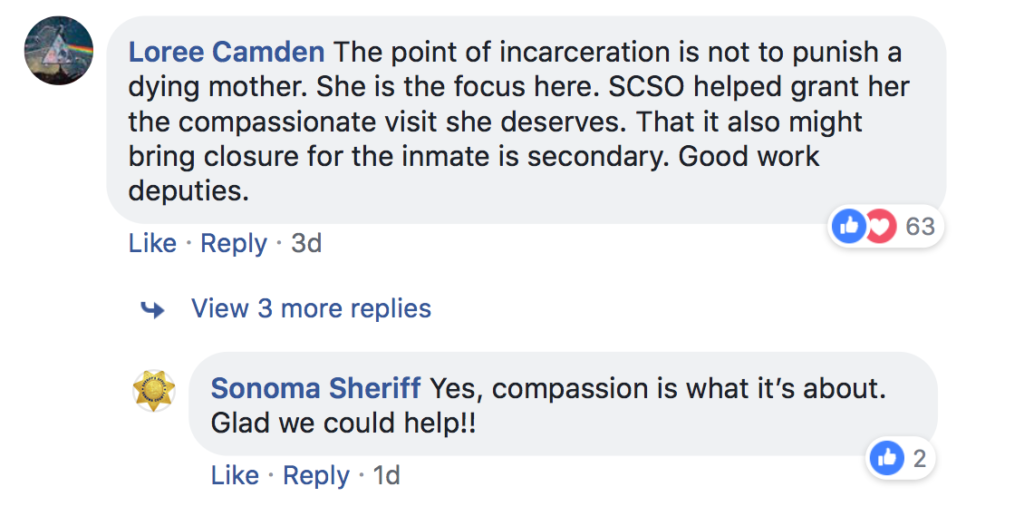 Another person noted that the experience might help the young man grieve.

This person says they knew the inmate.

A hospice nurse said that she knew exactly how much the moment meant to the mom.

Finally, a woman who knew the mom remembered her singing in the choir.

So, as you can see, the moment was not just touching for the Sheriff’s Department, the mother and her son –it also touched everyone in the community. A beautiful moment that reminds us that the compassion can change the world for everyone, including those who have made mistakes and are making strides to improve their future.