Shelter Dog Starts Acting Strange While Out On Walk. What They Find Behind Wall…Wow 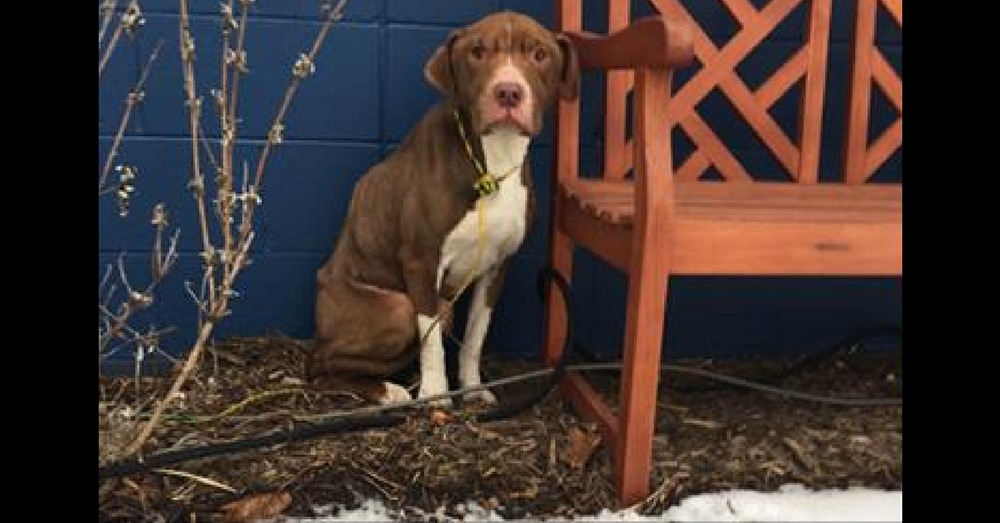 A volunteer for the Michigan Animal Rescue League was taking one of the shelter’s dogs for a walk earlier this month when the dog suddenly started acting strangely. He began frantically pulling on the leash and seemed to be leading his handler to the side of the building.

When they got there they couldn’t believe what they found – a dog, cowering in fear and trembling from pain, was huddled in the bushes next to the building.

They quickly brought the emaciated pit bull terrier mix inside and began to search for clues about where he came from, but they came up empty. The dog had no collar, tags, or microchip. The only thing he did have was a yellow rope tied tightly around his neck.

“We are not sure if he wandered off and knew that this was a safe place to come, or somebody had purposefully left him somewhere near us to surrender him,” said Magee Humes, Executive Director of MARL. “But what we do know is that we’re so glad he’s here so that we can care for him and get him back on his feet.”

The dog, who they named Winston, is about 15 pounds underweight, has untreated wounds on different parts of his body, and appears to have frostbite on his belly.

“We think he’s been laying outside in the cold for quite some time,” Magee said.

They estimate it will take about six to eight weeks for Winston to recover, but once he does he will be ready for adoption into a loving family.

“We will give him the solace of time, proper nutrition, and medical care, and of course, love, so he can regain his trust in people,” Magee said.

Winston is already well on his way to recovery and is already looking much better, a testament to what just a little bit of love can do!

Were you happy to see Winston rescued? So share this!