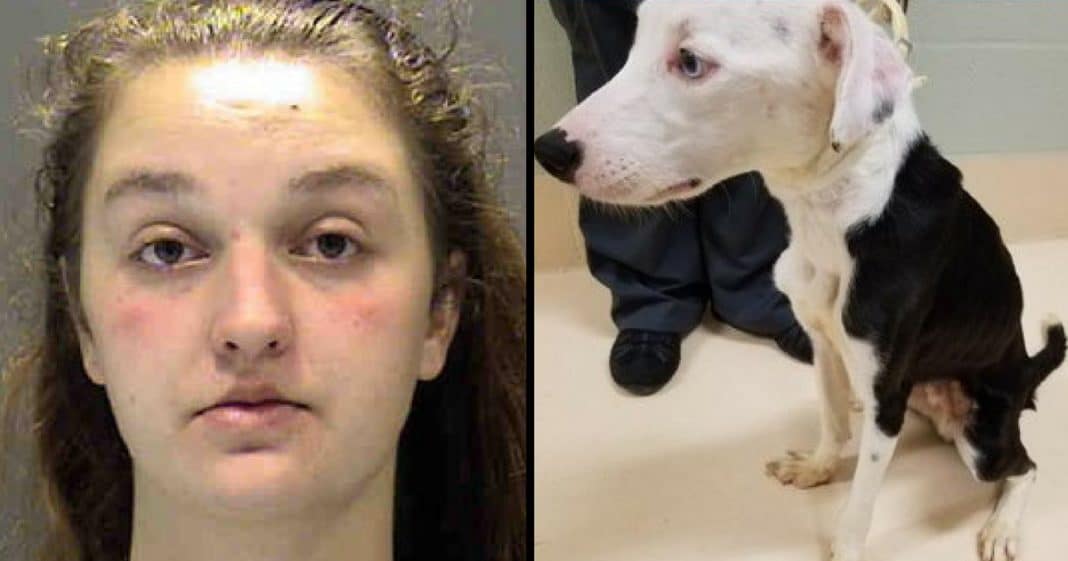 Usually when someone goes to a rescue shelter their intentions are obvious. They’re there to adopt and take in an abandoned and neglected dog. Rescuers often make people fill out standard information to ensure the animal they’re adopting will be well-loved and cared for.

That’s why the last thing the people at this shelter expected was for someone who once came in to give an animal a forever home to return a sick and starving dog.

It shouldn’t have to be said that if you want to adopt or foster an animal you will need to provide them with the basics: food, shelter, water, and a place to relieve themselves. To claim, as one woman recently did, that you didn’t have time to feed your dog is utterly stupid and neglectful. It’s animal cruelty.

Alexandria adopted Richter from the Sarasota Humane Society in Florida. Shelter staff were pleased the dog would have a forever home. What they didn’t count on was Alexandria returning Richter in worse condition than when she’d taken him home.

Alexandria tried getting away with her crime by concocting a lie about the poor dog’s treatment. She figured the staff was stupid enough to fall for her stories. When Alexandria returned the emaciated Richter to the shelter where she had adopted him, she claimed he was a stray she’d found.

It turns out the woman isn’t only cruel; she’s cheap too. Richter’s microchip ratted her out instantly. Staff discovered that, rather than pay the $30 fee to surrender the dog, she thought her lies would do the work for her.

Alexandria was arrested for her neglect of the dear creature. Too bad she can’t be charged with being an idiot as well. Perhaps her jailers will forget to feed her? That would be justice for the dog she “forgot” to feed!

We’re just glad Alexandria’s where she deserves to be and Richter’s no longer in her care. We’re certain the sweet boy is now somewhere nice with loads of love and plenty of food so he’ll never be hungry again.

Were you happy to see Alexandria get the justice she deserved for her cruelty to Richter? So share this!