Sheep Steals Baby Jesus During Nativity, But Mary Isn’t About To Let Her Get Away 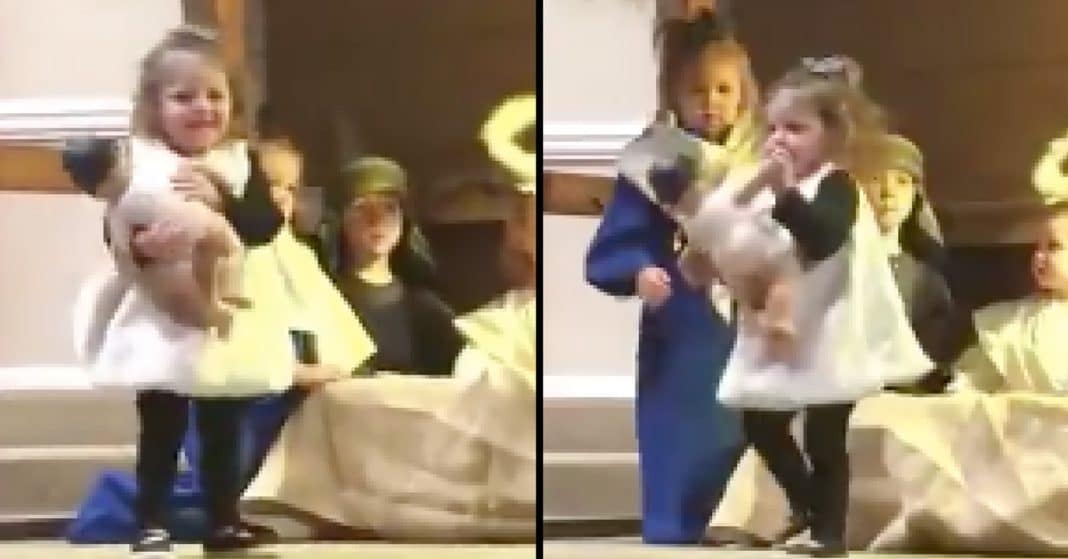 A church nativity scene was anything but a “Silent Night” when two youngsters got in a tussle over baby Jesus.

The performance, which took place at First Baptist Church of White Pine in Tennessee, started out picture perfect. Toddlers dressed up as Mary and Joseph, angels, and animals lovingly watched over the newborn Jesus as the choir sang “Away In A Manger.”

All was going according to plan until 2-year-old Teegan decided to rewrite history.

The toddler, who was dressed as a sheep, was so excited about her part that she grabbed the doll out of the manger and began to dance with it onstage.

As parents snickered in the audience and Sunday school teachers tried to figure out what to do, the little girl playing Mary decided to take things into her own hands.

That’s when Mary decided it was time to get serious. What she did next had the whole church rolling with laughter as the teachers scrambled to intervene! When you see it, you’ll know exactly why this video has racked up over 4 million views in just a few days!

Somehow, we don’t think this is quite how the night of the first Christmas went, but one thing’s for sure – it was definitely memorable!

“Definitely a program I will remember,” Tana said. “LOVE these kiddos and my church family! Laughed so hard I cried!”

Did you find the toddlers’ interpretation of the Nativity as hilarious as we did? So share this!