She Walks Her Son To School For Hours Each Day. Then A Stranger Recognizes Their Faces From TV 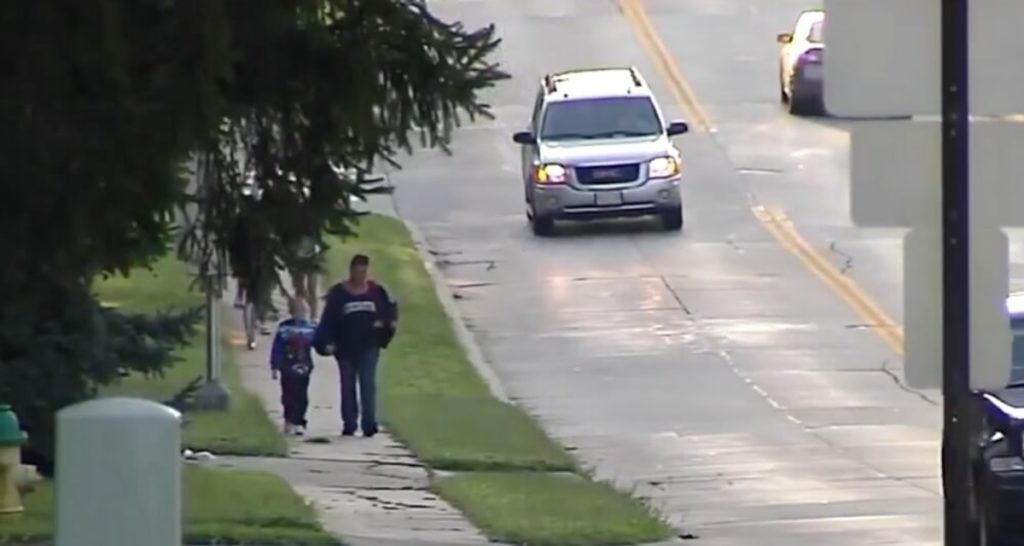 Mothers will do anything for their children. They’ll protect them at all costs and stand up for them if necessary. They’ll do what they have to so they’re comfortable. Mothers are the nurturers. And too often, their devotion and dedication go unrecognized. But for one little boy, he’s all too aware of how much his mother loves him.

Gabe Bellus and his mother, Kim live in Nebraska. In 2015, the state didn’t require buses to pick up children who live less than four miles from school. So, Kim walked for hours a day to and from school so that Gabe could attend. They lived less than two miles from Gabe’s school, but it wasn’t an easy journey. The pair didn’t own a vehicle either.

Kim is also a full-time college student, and the travel time with her son would take up to four hours each day. She didn’t mind the walks, but they made Gabe tired. The nice weather wasn’t a concern for Kim. She was worried more about how they’d manage once the temperatures dropped and snow fell.

“It’s going to be a problem once the winds, let’s say, are 30 below,” she said in an on-camera interview with KMTV-TV.

The stay-at-home mom hoped reaching out to local media would draw attention to their predicament. It did. On the very day their story aired, as they were walking their route, something fantastic happened.

Becky Novotny who is also a mother remembered seeing their faces on TV. She pulled over to the side of the road and offered to help. Becky drove mother and son home. She made a deal that she’d take Gabe to school and bring him home each day.

“If I was in the same situation, I’d think I want someone to help me,” Novotny said. “It’s a small town. You’re there for everybody.” And when Gabe joined the Boys Scouts, he had a ride there too, thanks to her.

Kim did attempt to resolve the matter of changing the legislation: “I tried with the administration. I tried particularly with the school itself, so I greatly appreciate [the] help,” Kim said.

Both of these mothers are angels and examples of strength and determination. Kim found a way when there was none, and Becky stepped in just because she could.