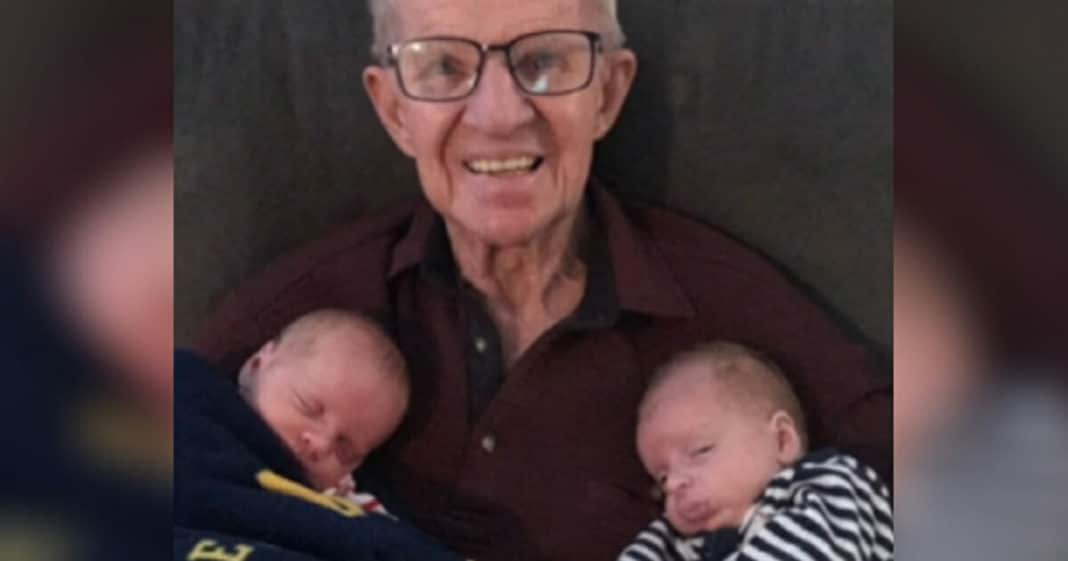 When trying to capture a sweet family memory we can only hope the resulting photo will look as good as the moment felt. But for one lucky grandpa, having his picture taken by his granddaughter actually saved his life.

Everyone was enjoying the Thanksgiving festivities when Sarah Frei, 30, decided to snap a picture of her grandfather, John Rzeppa, 91, posing with two sleepy little babies. At the time, the first thing that everyone noticed after she posted the pic was her granddad’s beaming smile. However, someone who was close to the family was far more concerned with the brown spot on his forehead.

Although Rzeppa was aware of the dark patch, he wasn’t worried since his doctors initially believed it was only a sunspot. Thankfully, Frei’s former classmate and dermatologist, Dr. Jennifer Mancuso, immediately suspected something more sinister. 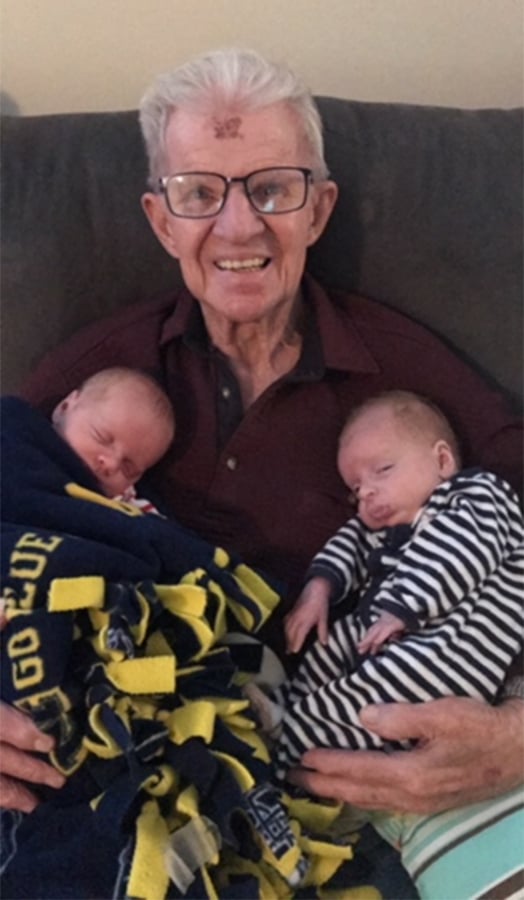 “She sent me a private message through the app. She said she had seen pictures of him before and … noticed how much the mark on his forehead had progress over time,” Frei tells PEOPLE. “I was amazed that she had taken the time to look into previous pictures to notice the growth and progression of the mark.”

Frei didn’t take Mancuso’s concerns lightly. She quickly got on the phone with her mom, Linda Renema, and urged her to get a second opinion. Two weeks later, on Dec.18, Rzeppa was given the diagnosis of melanoma. “We were all very shocked,” Frei says. 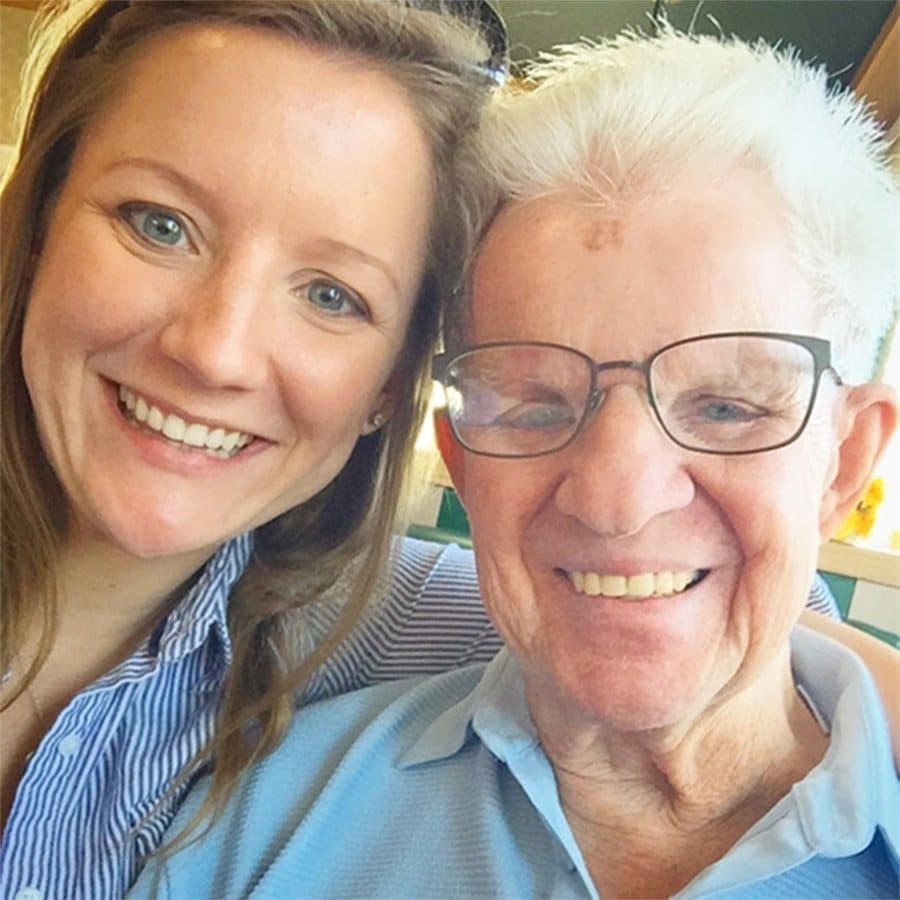 “My mom is a registered nurse and jumped into action immediately. She was extremely disappointed that she had believed the initial consult that there were no concerns.” she added.

Rzeppa was devastated by the news, he had previously battled with prostate cancer which he overcame. However, this time, doctors assured him that he would be alright thanks to the timing of his diagnosis. They promptly removed the cancerous spot and then later performed a skin graft. 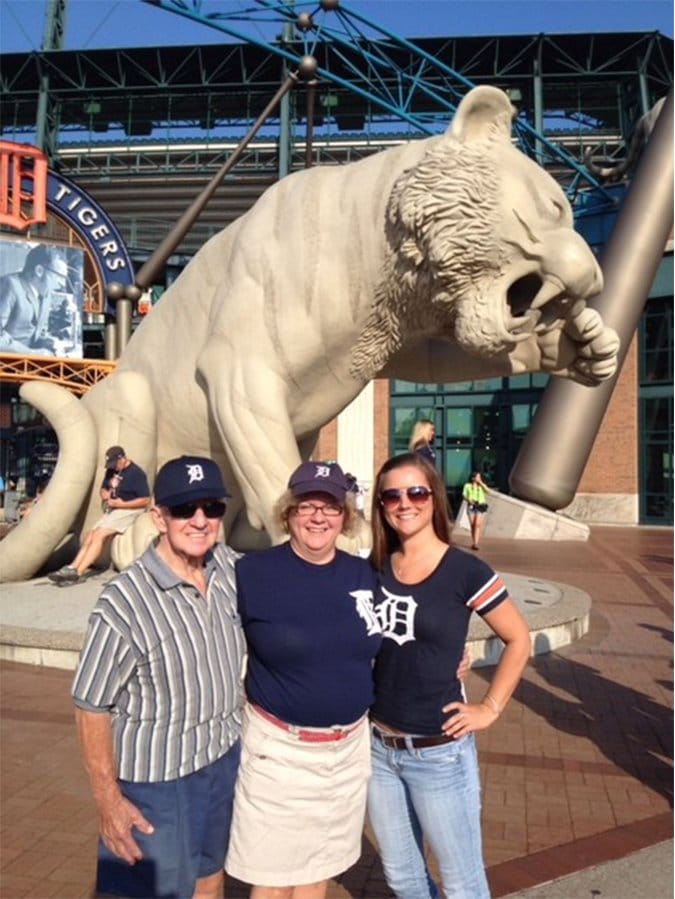 It wasn’t long before the hardy patriarch who the family calls “Big Papa”, had a full recovery. He was even able to attend Frei’s wedding on April 28. “Once he started to heal from the procedures,” Frei shared, “Big Papa got a new suit for the wedding and, with the help of multiple family members, he arrived in Charlotte, North Carolina, for my wedding, beaming from ear to ear.”

Frei’s joy at her grandfather’s recovery is apparent, “It meant the world to me to have my grandpa at my wedding. Him and I are good buddies and he has always been there for me, my siblings, and cousins.”

The health scare for this tight knit family was soon forgotten as they took the opportunity to capture new heartwarming memories. “Our DJ at the wedding spoke to ‘Big Papa’ between the ceremony and reception and arranged a special dance for he and myself, that I will never forget.”