She Asks Veteran G’pa 1 Simple Question. Then He Says 3 Words That Leave Her Speechless 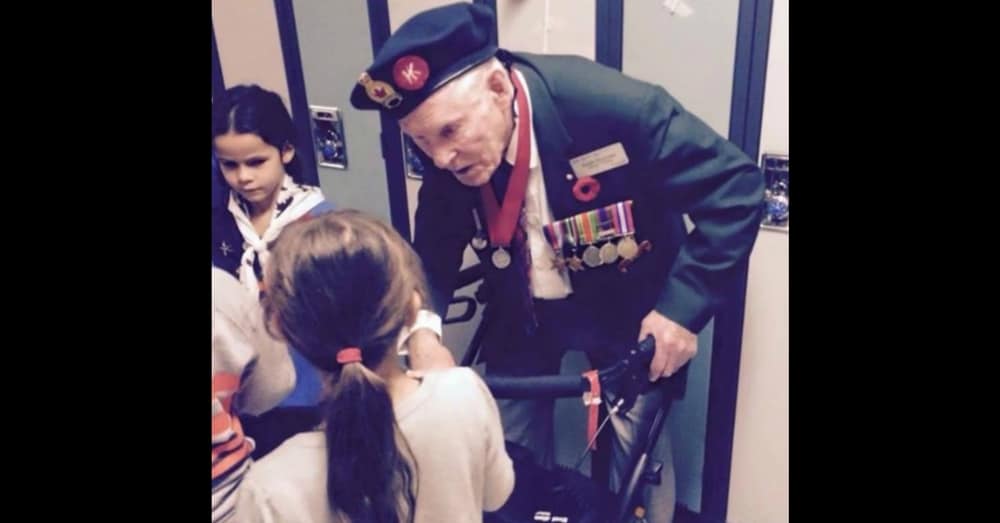 Veterans have done so much for our country. They left their homes and families to go and fight for us so we could continue to enjoy the freedoms that many of us have come to take for granted. Many of them have seen and been through some horrible things.

We owe our veterans a deep debt of gratitude, but unfortunately they are often left forgotten and unappreciated. Even still, most of them would be more than willing to sacrifice everything all over again for their country and the ones they love.

Never was that more clear than when this WWII veteran sat down to speak with a bunch of young children. Most of them could not fathom what he had done for them, but meeting him and speaking with him helped them begin to understand.

Then one little girl came up to the veteran and asked him one simple question:

“Would you do it all again?”

Without skipping a beat, the war hero said three words that left his grandchild who was with him, absolutely stunned.

He didn’t know this girl, had never met her in his life, yet without hesitation he told her that he would go back and courageously fight to make sure she could live in a world that was safe and good.

That is the legacy most of our veterans leave behind. We owe them more than we could ever repay.

Do you think our veterans deserve more recognition and appreciation? So share this!