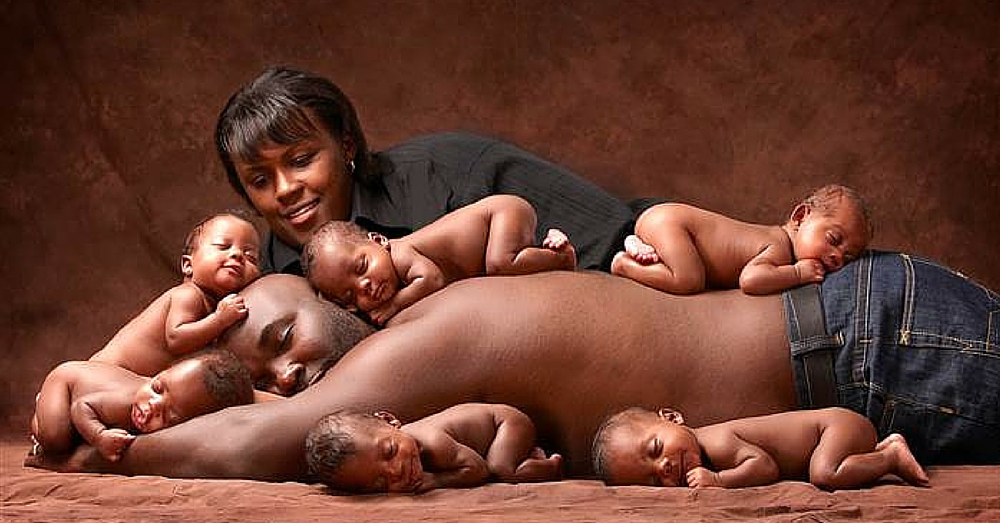 The Ohio-based McGhee family, who welcomed sextuplets in 2010, recently posed for an updated version of their famous photo, and it’s clear a lot has changed.

For starters, those babies aren’t so tiny anymore.

Siblings Elijah, Issac, Josiah, Madison, Olivia and Rozonno Jr., who turn 6 years old this week, huddled around their mom and dad for the photo, which was shot by Brian and Janine Killian of Peters Photography, the same photographers who took the original image.

“We knew that one was special,” Brian Killian told TODAY of the first time he photographed the McGhees. “I think people still remember seeing it six years ago. To have six little babies asleep on their dad — that’s a unique portrait.”

The photo was commissioned to promote their new reality TV show on the UP network, “Growing Up McGhee.”

Read about some other famous sextuplets on TODAY.