Service Dog Goes To Cemetery, But When He Spots Grave Of His Handler’s Grandmother…Tears 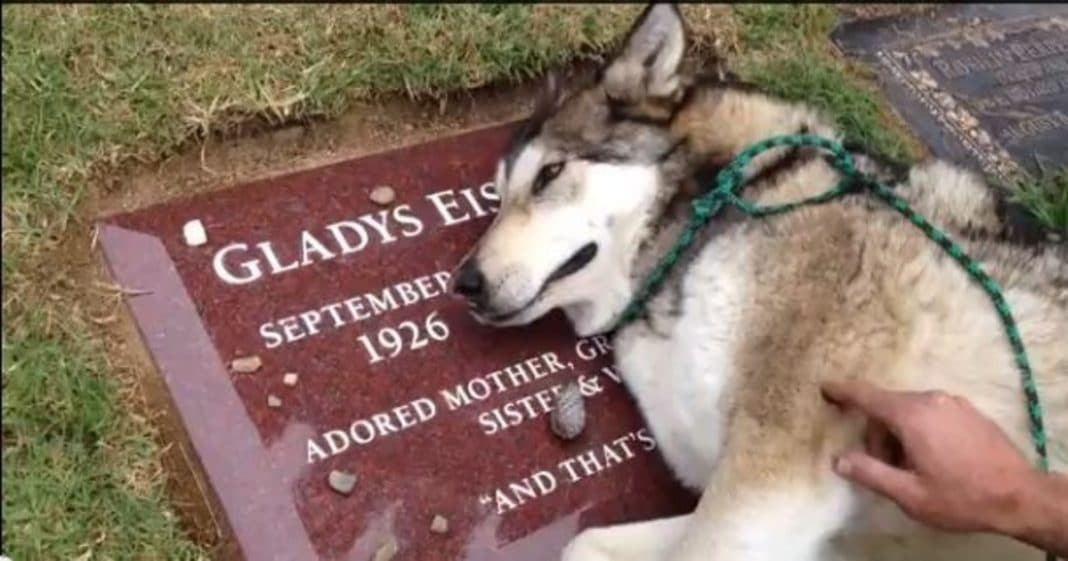 Brace yourselves, because this video is probably going to move you to tears.

In this short clip, a service dog named Wiley appears to cry at the grave of his handler’s grandmother.

The video was posted to the website of the Lockwood Animal Rescue Center (LARC), a shelter in Ventura County, Calif., that specializes in the care of wolfdogs and horses.

The footage shows Wiley making crying noises at the grave of Gladys, described by the LARC website as “a family member, and a supporter” of the animal rescue center. “She will be forever missed, especially by Wiley,” the site reads.

The video, which has received over 8 million views, sparked a heated debate. Is the wolf-dog really crying, or is this another case of anthropomorphosizing dog behavior? Many skeptics have argued that the dog in the video is actually reverse sneezing.

This weird canine phenomenon is characterized by rapid involuntary inhalation through the nose, and is usually associated with brachycephalic dogs – dogs with smushed faces such as Pugs and Boston Terriers. Reverse sneezing also generally happens when a dog is excited.

The YouTube user Sarah and the Wolves, who originally posted the video, had the following to say about the controversy:

“I am not a vet so I can’t say if he’s reverse sneezing as some of you are stating. I can tell you that he has never done that before and hasn’t done it since. I may be anthropomorphizing his actions but its how I’m choosing to deal with loss, so deal with it.

Wiley is a therapy wolf-dog who is used to help veterans returning from war with PTSD. He provides therapy and care through a program called Warriors and Wolves. Also, for those stating he is dying, I promise he’s not. We have a veterinarian on staff at the sanctuary and Wiley is just fine. Peace and love peeps.”

While we may never know the true reason behind the dog’s behavior, one thing is for certain – the video is heartbreaking.

What do you think? Are dogs capable of grief? Can they actually cry? So share this!