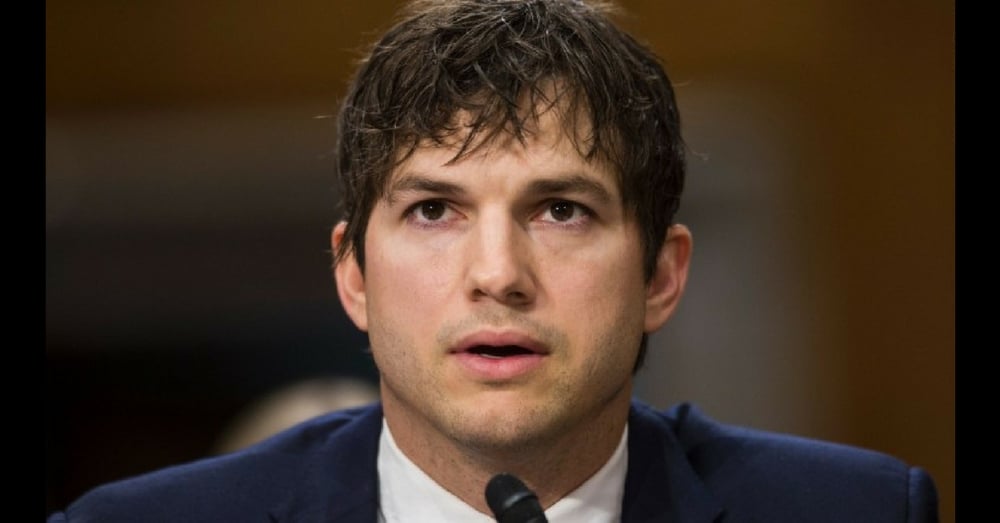 Ashton Kutcher is sticking to his day job, but it’s not the one you might think of when you hear his name.

Kutcher has made a name for himself as a model and actor, but the work he is most passionate about – and which he has shifted his focus toward – is the fight against human trafficking and the sexual exploitation of children.

In 2008, Kutcher cofounded Thorn, a company that builds software to help in the fight against human trafficking. As chairman and cofounder of the company, Kutcher testified before the Senate Committee on Foreign Relations Wednesday in an effort to rid the world of the evil that is human trafficking.

Tearfully, he recounted a few of the many horrific things he has encountered in his work, things he said no one should ever have to see, let alone experience.

“I’ve been on FBI raids where I’ve seen things that no person should ever see,” he said. “I’ve seen video content of a child that’s the same age as mine being raped by an American man in Cambodia. And this child was so conditioned by her environment that she thought she was engaging in play.”

An estimated 27 million people worldwide are currently trapped as victims of human and sex trafficking. Thanks to the work Thorn is doing, thousands have already been rescued, and Kutcher has no plans to stop until this evil is abolished.

Thanks to the continuing work of Kutcher and many others, we are on the road to eradicating slavery. This is a fight we should all join in.

February 23 is Shine a Light on Slavery Day. Let’s all do our part to bring this evil to light and end it for good.

Do you want to see an end to human trafficking? So share this!