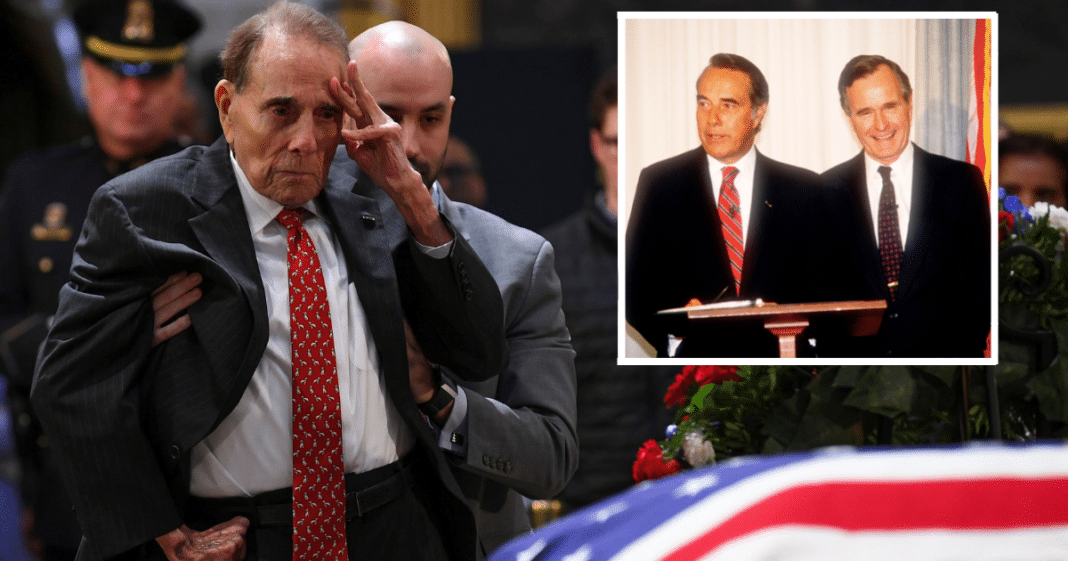 George Herbert Walker Bush passed away Friday evening at 94-years-old to join his wife and daughter Robin, who died in 1953 of leukemia.

His spokesperson Jim McGrath confirmed the news, writing in a statement, “George Herbert Walker Bush, World War II naval aviator, Texas oil pioneer, and 41st President of the United States of America, died on November 30, 2018. He was 94 and is survived by his five children and their spouses, 17 grandchildren, eight great-grandchildren, and two siblings.”

“He was preceded in death by his wife of 73 years, Barbara; his second child Pauline ‘Robin’ Bush; and his brothers Prescott and William or ‘Bucky’ Bush,” the statement continued.

Former President George H.W. Bush was admitted to an intensive care unit on Wednesday, and his wife, Barbara, was hospitalized as a precaution

In an emotional scene on Tuesday, former Senate Majority Leader Bob Dole, 95, was helped out of his wheelchair to honor the 41st president, who laid in state for the second day. With assistance from an aide, Dole was lifted into standing position and steadied at the casket’s side before paying his respects to Bush with a salute to his fellow World War II veteran.

Our continued thoughts and prayers are with the entire Bush family during this difficult time.