She Sees Walmart Worker With No Shoes And Snaps Pic. But Then She Learns Why… 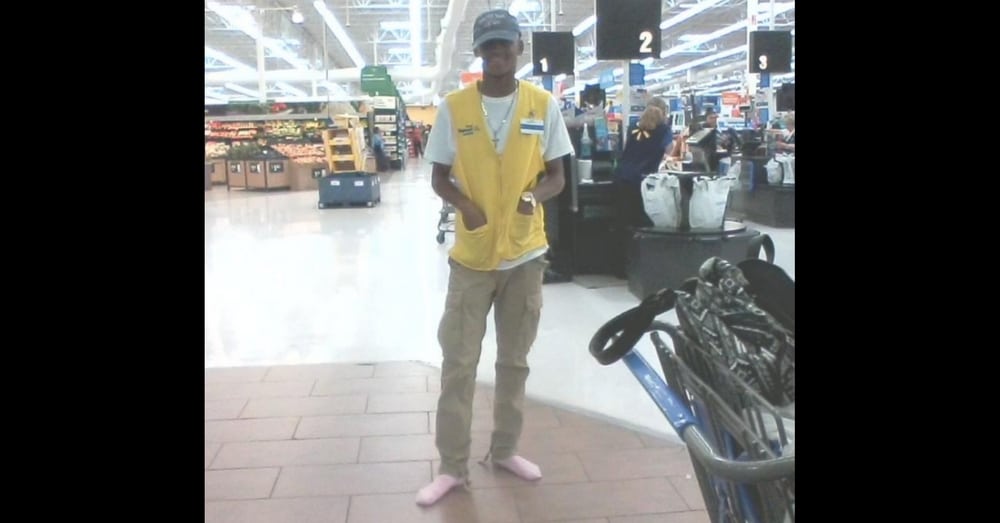 Myrna Kines couldn’t believe what she was seeing when she walked into Walmart, but as soon as she was sure it wasn’t her eyes playing tricks on her, she knew she needed to share the moment with the world!

As she was shopping for some household items at the store in Douglas County, Georgia, Myrna noticed one of the employees take off his shoes and give them to a homeless man who had walked into the store.

The kind-hearted employee, 18-year-old Phil Powell, said he knows the struggles of being homeless – he was recently on the streets himself and is now living with his grandmother while he works to provide for his mom.

He saw the man enter the store with no shoes on, but assumed he had come in to buy a pair. But when the man left the store with only a soda in hand, Phil chased him down and gave him the Converse tennis shoes he was wearing, colored pink in honor of his grandmother, who battled breast cancer.

“It was the first time I wore the shoes to work and [I] was worried I looked like an oddball,” Powell said. “I have another pair of shoes. He doesn’t.”

When Myrna asked Phil if she could take his picture, he asked her, “Why?” She told him that what he did deserved recognition.

Later that day, when Phil’s boss, Mike Kastensmidt, noticed his bare feet, he asked his employee what had happened and was blown away by the young man’s selfless act of kindness.

“I learned a lesson from this selfless act today,” Mike wrote in a post on Facebook. “Great job Phil.”

He took the teen to the shoe department and let him pick out any pair of shoes he wanted. Phil chose a $13 pair of slippers.

Myrna said she won’t soon forget the act of love she saw that day in Walmart. “I’ve been around for a while and have never seen an act of kindness like that before,” she said. “It gives me hope there’s still good in the world.”

Were you blown away by this young man’s selfless act of kindness? So share this!