She Sees Strange ‘Blob’ In Middle Of Road. When She Realizes What It Is, Jumps Into Action 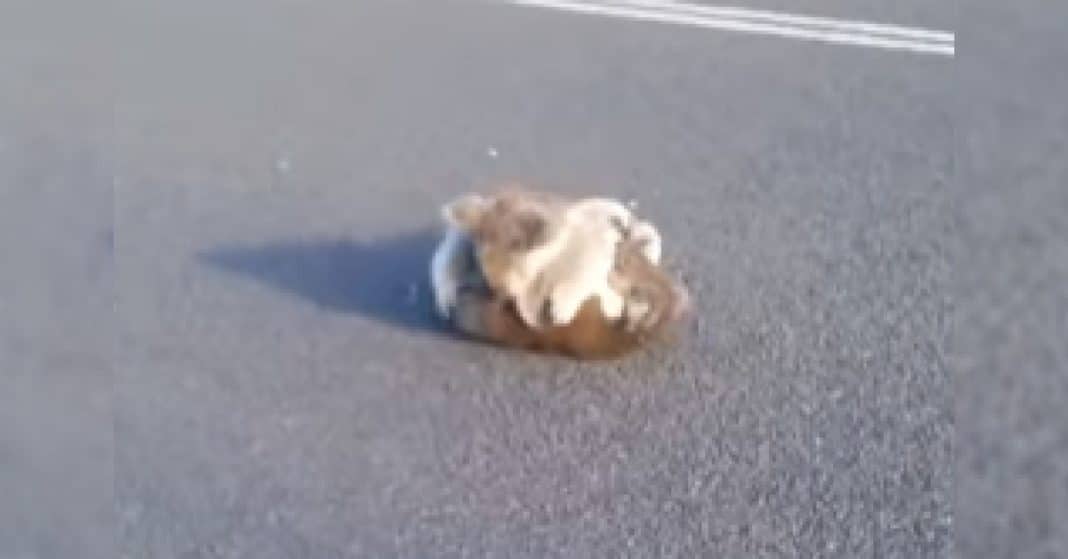 Growing up, my family’s house was always filled with pets. We had dogs, cats, birds, fish, hamsters, and iguanas. There were two pets in particular that needed more of our attention than the others: our two hamsters. Though I cannot remember their names, I remember their behavior.

For some reason, these two animals, both of which were purchased at the same time from the same pet store, just could not get along. They shared a cage, and every opportunity they got, they were fighting.

None of us could ever understand it. There were times when we caught one hamster using its body to push the other (quite chubby) hamster down the slide, and moments when we would hear them wrestling in their hay bedding. Eventually, we thought it best to get them separate cages.

Witnessing these hamsters fight was so bewildering to me. After all, they’re animals. In my young mind, animals couldn’t communicate with one another, they didn’t have personalities, and surely they didn’t use all of the hot water in the mornings before school forcing their younger siblings to take cold showers. So what were they fighting about?

I’ll never know, but I do imagine that’s exactly the same confusion Sharon Brecely felt when she had to break up a brawl between two koalas on a highway in Australia.

Sharon was driving when two furry bodies forming a ball in the middle of the road caught her attention. Instead of just going around them, she decided to pull her car over and step out to see what exactly was going on.

In the video, we see Sharon approach the koalas demand they get off the road. One koala was on top of the other as the bottom one was fighting its way back to strength. For a moment, they actually acknowledged Sharon’s command, but then immediately went back to scuffling.

A truck driver was nearing and Sharon didn’t want the animals to get hurt so she flagged it down, signaling for it to drive in another lane. Once it passed, the koalas stopped their feud and finally moved from the middle to the far left lane of the highway.

From there, Sharon spent about 30 seconds using a towel to direct the stubborn bears off of the road and into the nearby bushes until they eventually obeyed her.

I am hoping this was just a little sibling rivalry, similar to ones we all experienced in our younger days. Thank God for Sharon who took the time out of her day to make sure these two quarrelsome creatures did not get hurt in the process.

Were you surprised to see these cuddly creatures caught up in such a skirmish? So share this!