He Sees Something White Flash In Bushes, When He Gets A Closer Look – That’s When He Sees It 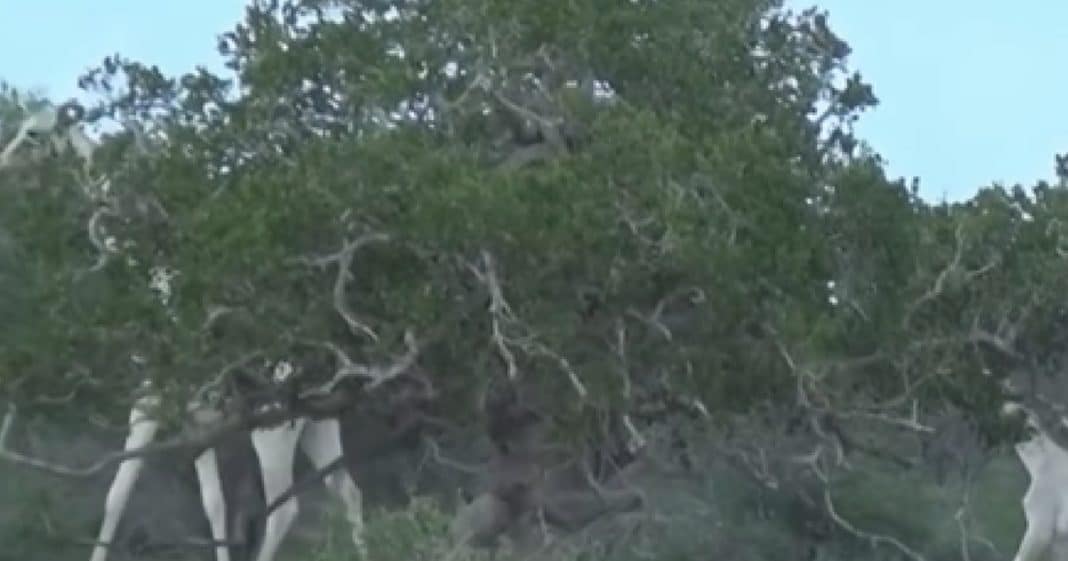 Anyone who has ever seen a giraffe in person can attest to their breathtaking beauty and grace. These long-legged and long-necked creatures move almost like ballerinas, impossibly graceful on what look like gangly legs.

Getting up close to a giraffe is an incredible experience, but imagine seeing not one, but two giraffes with completely white coloring. They would be almost angelic to behold.

That is exactly what these conservation workers found when they spotted two all-white giraffes – a mother and her baby – strolling through the Ishaqbini Hirola Conservancy in Kenya.

At first, they spotted a flash of white in the bushes. When they realized what they were seeing, they knew they were experiencing something truly special.

“They were so close and extremely calm and seemed not disturbed by our presence,” one of the witnesses recounted on the conservation center’s blog. “The mother kept pacing back and forth a few yards in front of us while signalling the baby giraffe to hide behind the bushes – a characteristic of most wildlife mothers in the wild to prevent the predation of their young.”

Many people who have viewed the video of the giraffes have assumed they are albino, but they actually have a genetic condition called leucism, where the skin cells don’t produce pigmentation but the soft tissues, such as the eyes, do. The condition is rare, but can be seen in many different species, such as penguins, eagles, and hippos.

More than half of all giraffe calves die before they are six months old, and unique coloring puts animals in even greater danger of being spotted by predators. That this white giraffe was able to survive and go on to have a calf of her own is truly remarkable.

What a privilege to be able to witness such an incredible sight!

Were you as amazed by the beauty of these giraffes as we were? So share this!