He Sees Something Hanging In Tree So He Grabs Camera. What Happens Next Is Going Viral 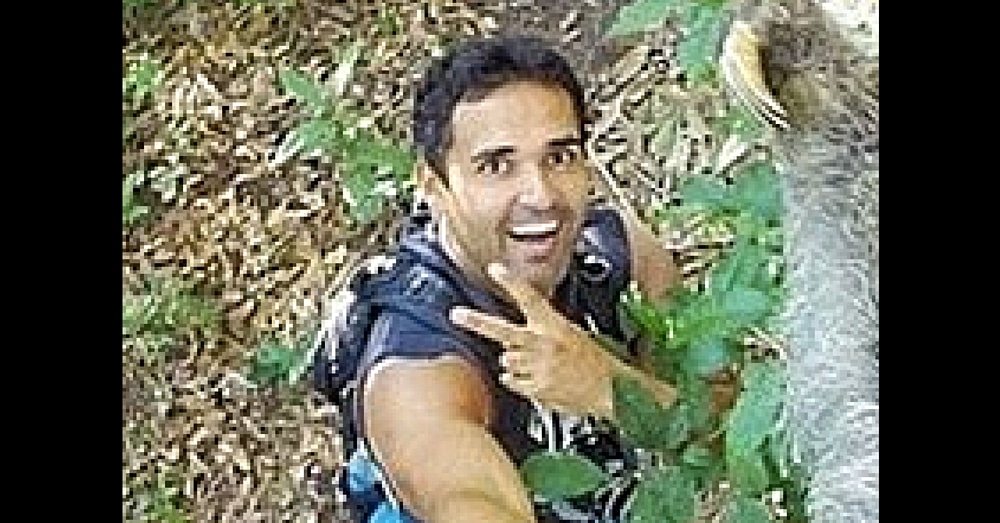 The so-called “selfie stick” has been much maligned since it came on the market a few years ago. The stick allows people to attach a phone or camera to one end in order to get a wider shot, but its popularity with tourists has made the device a target for ridicule, and its potential to cause harm – intentional or not – to unwitting bystanders has led to it being banned from a number of locations, including several concert venues, stadiums, and theme parks like Walt Disney World and Universal Studios.

One man, though, found a use for his selfie stick that might just receive universal approval.

While on a trip to South America, he spied a sloth hanging out in a tree above him. Sloths are usually shy and hard to spot, and it’s difficult to get pictures of them, let alone with them, so when he spotted the sloth, he had a brilliant idea.

He quickly grabbed his selfie stick and hoisted it in the air to snap a photo of himself and the sloth, and what he captured was a once-in-a-lifetime shot. The sloth even looks like he was posing – he has a slight smile on his face and seems to be giving a “chill” pose for the camera.

Since the man uploaded the photo to Russian social media network Pikabu, it has gone viral. People can’t get enough of this photo, and it’s not hard to see why!

Do you love this adorable photo as much as we do? So share this!