He Sees Man Dragging Girl Down Sidewalk, Then She Mouths 2 Words That Leave Him Cold 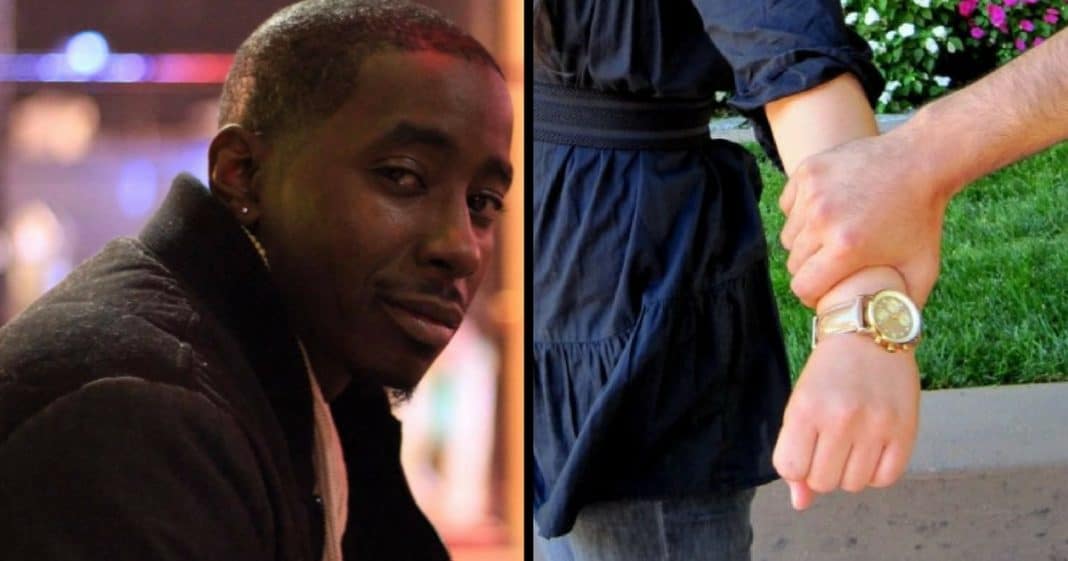 Do you ever get a feeling inside that something just isn’t right? You don’t know the why behind it, but you can sense deep in your bones that if you don’t investigate further you might miss something important. Some folks (to their peril) disregard what many believe is our intuition. If you’re one of those people, perhaps this story will make you think twice the next time you experience an odd sensation inside.

Nazier Elahee lives in Golf Manner, Ohio. As he was out one day, he observed a middle-aged man walking down the street. It appeared the man was forcefully dragging a young girl behind him.

“I noticed that a man was walking down the street toting a girl behind her pulling her by the wrist,” Elahee told local television station KXIX.

At first, Elahee figured the two were related and thought maybe they were arguing. Family squabbles weren’t his business. He decided, though, that if something else was happening, he’d step in if necessary.

Elahee continued to watch the pair. As he made eye contact with the young girl, she mouthed two words that iced the blood in his veins.

As she repeated her silent plea, Elahee noticed her frightened, wide-eyed gaze and knew he needed to intervene and fast!

Elahee approached and asked the girl if she knew the man. She denied knowing the person holding so tightly to her arm. Elahee then turned to the stranger, asking him if he knew the young girl. The other man responded, ‘No, I’m taking her home.’

There was something wrong; Elahee knew it. He decided to call the police.

As he did so, the man, 37-year-old Jessie Woodard Jr., ran. But Elahee wasn’t going to let the delinquent slip away. He began to chase after him.

Police caught up with the suspect and following hero at a nearby food mart. Woodard has since been charged with kidnapping.

Elahee is relieved he was there to protect the young girl. “If he had gotten that little girl to wherever he was going to, she could have been raped —  killed,” Elahee said. “If I could have done something else, I would have, but the right thing to do was to call the police and keep the girl safe.”

Thank goodness Elahee followed his intuition! This story could’ve ended much differently if he hadn’t followed his sense that something just wasn’t quite right.

Do you agree that Elahee is a hero? If so please So share this!