She Sees Man Beating Cop On Side Of Road, That’s When She Takes Matters Into Her Own Hands 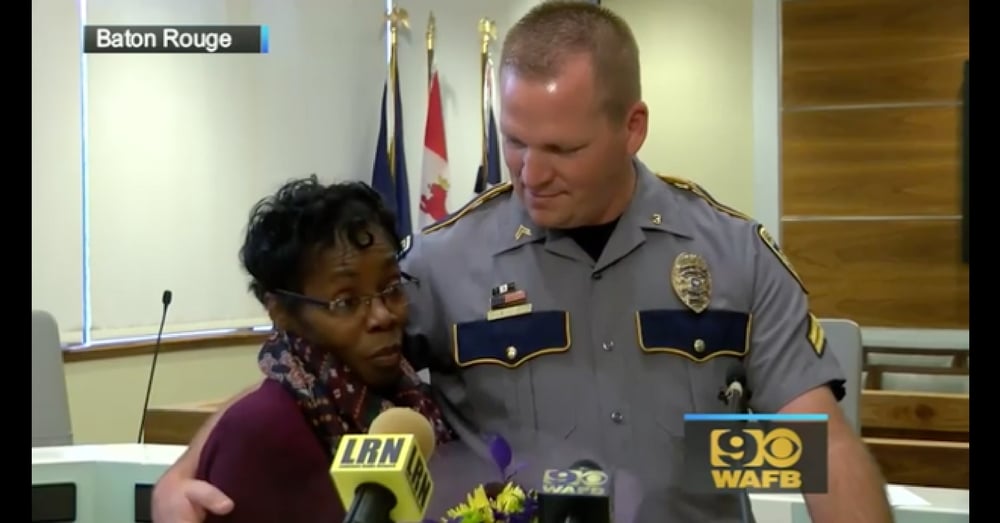 Vickie Williams-Tillman was on her way to run some errands when she noticed a commotion on the side of the road. Most people would have just driven by, but this brave woman’s quick-thinking and heroic actions helped save a life that day.

Officer Billy Amie, a police officer in Baton Rouge, Louisiana, found 28-year-old Thomas Bennett asleep in his vehicle with drug paraphernalia out in the open. When Arnie attempted to put him in handcuffs, though, Bennett became aggressive.

He leapt toward the officer, grabbed his baton, and began to beat him over the head with it.

Thankfully, Arnie had a guardian angel watching out for him that day.

Williams-Tillman had noticed the officer and driver in a heated conversation on the side of the road. She slowed down and was about to ask the officer if he needed help when Bennet lunged at him.

She immediately dialed 911, but when Bennett began to beat the officer, Williams-Tillman knew she had to do something then. Without a thought for her own safety she jumped out of her car and ran over to assist Arnie.

“Risking her own safety she jumped out of her vehicle and onto the back of the 28-year old assailant,” the Baton Rouge Police Department said in a statement. “Ms. Williams-Tillman was able to help hold off the assailant until other officers arrived.”

Bennett was detained after a second officer arrived and hit him with a stun gun. Officer Arnie was treated at a local hospital and released Sunday, but he knows the outcome could have been very different if Williams-Tillman hadn’t stopped.

“This is a true hero,” he said as he wrapped his arms around his rescuer.

As for Williams-Tillman, she’s just glad the officer is okay.

“I’m just glad that he’s here,” she said tearfully. “I’m just so happy, lost of words. I’m just so glad of the turnout. I know God led me in that direction when I left my home.”

Baton Rouge Police Chief Carl Dabadie publicly thanked Williams-Tillman for her courageous actions and spoke about some plans he has for a possible future career for the brave woman.

“I can’t think of probably very many people on one hand that would not have just rode by, or maybe made a phone call to 911,” he said. “But Ms. Tillman went above and beyond.”

“I can’t tell you…how much courage and how much bravery that took for you to get out of your car,” he said to Williams-Tillman. “We are indebted to you…And we’re going to see if we can recruit her.”

Do you think Williams-Tillman deserves recognition for her heroic actions? So share this!