He Sees Homeless Man Fall Into Freezing River. What He Does Next Has Me Speechless… 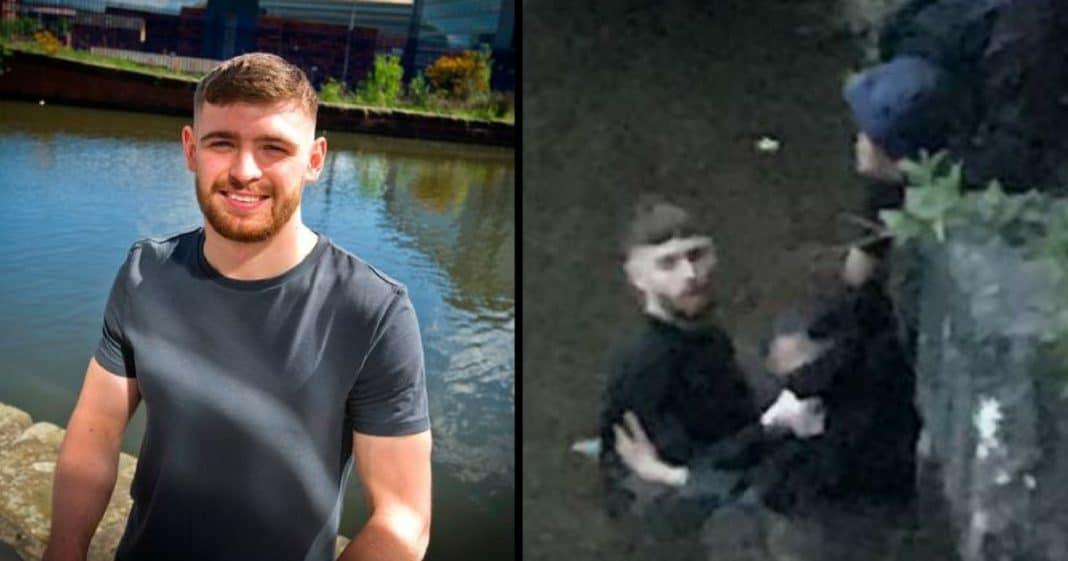 Adam Dixon, 22, was just planning to have a fun night watching a boxing match with his friends at a local pub. Little did he know that by the end of the night the whole town would be hailing him a hero.

Adam was playing pool when he noticed two men standing on the bank of the canal which the sports bar backs up to. One of the men, Adam said, was flailing around “like he was having a fit.”

All of a sudden, he saw the man stagger and fall into the freezing canal.

Without a second thought, Adam raced to the smoking area of the bar, which overlooks the canal, and dove in – fully clothed – the rescue the man.

“He was completely under the water with his coat hood over his head,” Adam said. “Walking round would have taken too long, I had to swim out to him.”

He said the water was freezing, but his adrenaline kicked in and helped him get to the man.

“When I got to him and pulled him up he was gasping for breath,” Adam recalled. “He didn’t say anything and it was as if he was looking straight through me.”

As the packed bar looked on, Adam pulled the middle-aged man from under the water and took him over to the bank where some friends were waiting to help pull him out.

An ambulance was called and they rushed the man to the hospital and also checked Adam for signs of hypothermia.

Adam’s friends helped him get out of his wet clothes and wrapped him in towels to keep him warm until his girlfriend arrived with a change of clothes.

Understandably, many people have been praising this brave young man as a hero, but Adam has shaken off the praise, calling his actions merely “instinctive.”

“I didn’t think about it at all really,” he said. “Everyone’s been calling me a hero, but it was just a reaction. I couldn’t just stand there and watch him die. Anything would have been better than that.”

“It was a really amazing thing that he did,” Alan said. “When he came back in he got a massive cheer and a round of applause… He’s shown great humanity and given our customers a good name.”

Adam said he has not been able to track down the man he saved, who he believes is homeless, but hopes he is okay.

Do you think Adam is a hero for saving that man? So share this!