He Sees Elderly Woman Sleeping In Car In Front Of House, Heart Breaks When He Learns Why 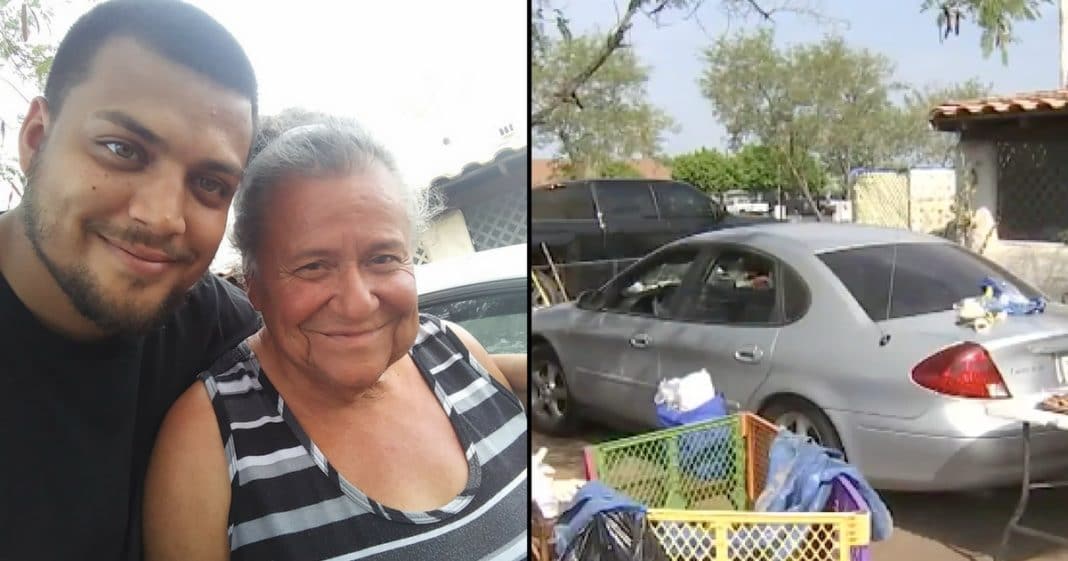 Elderly people in our communities deserve respect and should be shown care. Sadly, as people get older they begin to lose their friends and loved ones and often get forgotten.

That’s what happened to Theresa Hernandez.

The 71-year-old owns a home in Phoenix, Arizona, where she lived with her husband and two dogs, but after her husband passed away a few years ago she had trouble keeping things up.

With no more running water or electricity inside the house, she decided she would just sleep in her car, which was no longer safe to drive. “My jalopy became my home,” she said.

Theresa thought she was all alone in the world. Little did she know a guardian angel was about to come to her aid.

Justin Hernandez (same name but unrelated) had only been living in the neighborhood for about a month when he noticed Theresa sleeping in her car. Seeing the elderly woman living in those conditions broke his heart.

He decided he needed to do something. “I figure if this was my nana or my mom, I wouldn’t want her to live like this, so I had to do something to help get her back into her home,” he said.

When Justin first entered the house, he was shocked by its condition. Trash and dog feces littered both the inside and outside of the home. He knew he would need help to get it back to a livable condition.

That’s when he started a Facebook page called Paying it Forward and put out a call for help. It didn’t take long for people – many of them strangers – to answer his plea.

Some people donated money to the YouCaring page Justin set up to help the cleanup efforts while others offered plumbing and electrical services to get Theresa’s utilities back up and running.

It’s going to take a lot of work before Theresa can move back into her home, but Justin said he is in it for the long-haul.

“I don’t believe we’re going to have it done right away,” he said. “It’s going to be a process, and it’s going to be a long process, but at least we all got together and everyone’s trying to help Miss Theresa get back into her home.”

Were you touched by what Justin is doing for Theresa? So share this!