He Sees Elderly Woman Clinging To Lamp Post, Immediately Knows What He Needs To Do 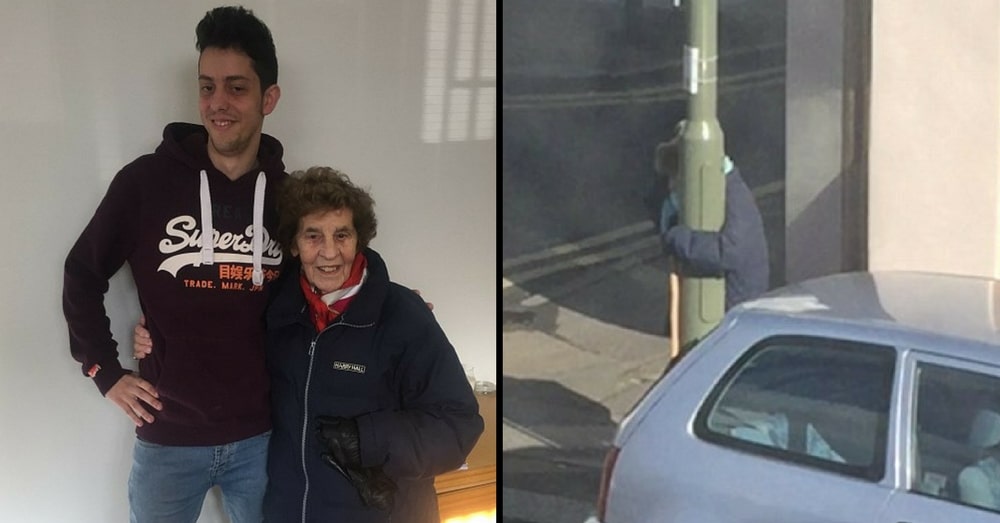 Dan Barnett was sitting in his office in Surrey, England, when he happened to look out the window and noticed an elderly woman clinging to a lamp post outside. Concerned, he rushed out to see if she was okay.

“Are you alright? Do you need a hand?” he asked her.

The frightened woman looked up at him and said, “Yes, please.”

It turns out the woman, 96-year-old Joanie, had gone out to buy some milk and Werther’s Originals at the grocery store. However, the gale-force winds that were blowing through the area that day left her out of breath as she fought her way home. Eventually she had grabbed onto the lamp post, worried she would be blown into the street otherwise.

Thankfully Joanie had a knight in shining armor in Dan. The kind-hearted young man offered to help her walk the rest of the way to her house.

“She said three people had walked past without helping her so I offered to walk her to her cottage five minutes away,” Dan recalled later. “She said she wouldn’t have got home without me but I was just happy to help out.”

Dan’s coworker, Jodie Lynch, captured the sweet moment on camera, and the story has since gone viral.

Joanie later visited the office to give Dan a box of chocolates to thank him for helping her in her time of need.

It turns out Joanie’s fears that day weren’t unfounded. Storm Doris battered the U.K., bringing strong winds up to 94mph, as well as snow and rain. Several people were left with serious injuries after being struck by flying debris, and one woman was tragically killed after being struck by a roof tile.

Thankfully, Joanie had Dan watching out for her. We need more people like Dan in the world!

Were you touched by what Dan did for Joanie? So share this!