She Sees Crying Man Forced To Throw Package In Airport Trash. What She Does Next? Incredible 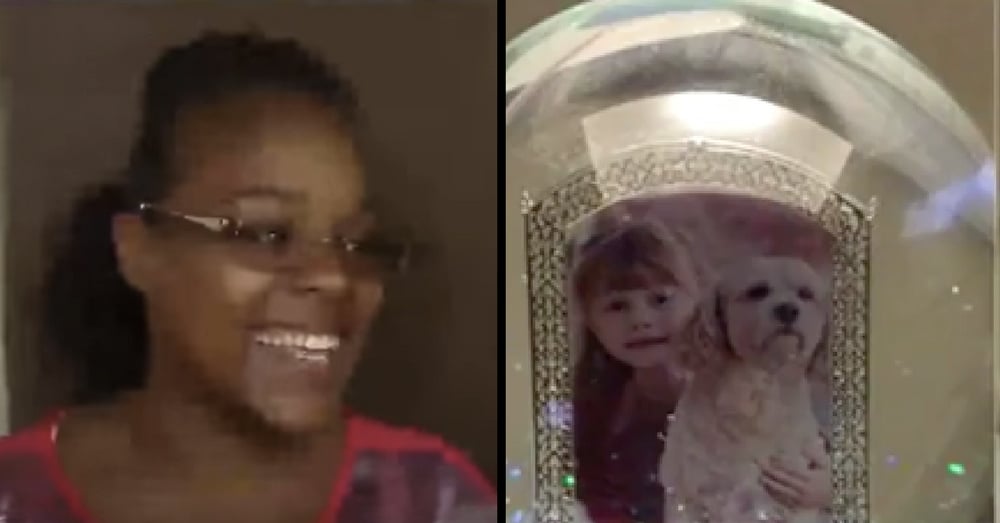 Amarri Hernandez and her boyfriend were at the St. Pete-Clearwater International Airport getting ready to head to Pittsburgh when they noticed a scene in the TSA line that left them heartbroken. An elderly man in the line was crying as a TSA agent forced him to throw a package in the trash.

Amarri knew the package must be special, so her boyfriend fished the box out of the trash. Inside was a snow globe, and featured in the middle of the globe were two pictures – one of an elderly couple and one of a little girl. On the bottom was an engraved message: “We love you Katie, Nana and Papa 1/25/16.”

Amarri knew the snow globe was special and decided she would do everything in her power to return it to its rightful owners.

She posted some photos of the globe on Facebook, not knowing if her post would do any good; but amazingly her plea to find the rightful owner went viral and was shared more than 40,000 times in just one week.

One of the people who saw the post was an employee of Things Remembered, the company that made the custom snow globe. She searched through her records until she found the name of the person who had placed the order and connected her with Amarri.

Pretty soon Amarri was able to meet up with Linda Modry, the owner of the snow globe, and that’s when she found out it was even more special than she had originally thought.

Little Katie had been adopted on January 25 and her grandparents had gotten the snow globe as a special gift to remember that day, as well as to let her know how much she was loved.

The entire family was blown away that Amarri would go through the trouble of fishing the package out of the trash and searching for the rightful owners.

Were you as touched by what Amarri did for this special family as we were? So share this!